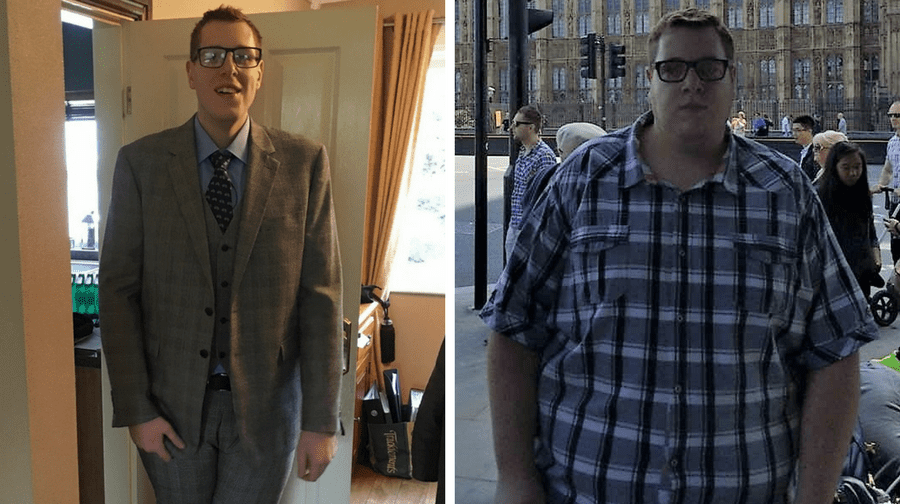 A Bermondsey man shed half his body weight in under a year and a half after it took six paramedics to help him out of his house with a broken ankle.

Giorgio Annecchini was spurred on to lose an incredible seventeen stone in seventeen months after breaking his ankle two years ago.

The 26-year-old, who works for an MP in parliament, had ballooned to 32 stone thanks to a diet of chocolate bars, crisps and fizzy drinks.

But when paramedics struggled to help him out of his house after an accident, he decided it was time to curb his ways.

“It made me just want to die inside and it was then that I decided I had to change,” said Giorgio.

“It’s still somewhat of a mystery as to how I broke my ankle, but looking back it’s probably just the break I needed.

“I got up in the middle of the night to use the bathroom, passed out and woke up on the bathroom floor.

“The doctors explained the dangers and possible problems with my size with the operation and recovery – it was a no brainer really.”

In March 2016, after finally getting the all clear from the physio, Giorgio started his fitness journey.

“At first it was my friends and family that helped motivate me when I told them I was trying to lose weight,” he said.

“I was embarrassed to go to the gym on my own, so one of them would come along with me.”

Giorgio’s friends helped him fight the demons that initially contributed to his weight gain – but halfway through his weight loss journey he hit a plateau.

It was then he found LDN Muscle, an online fitness guide, and, after following their cutting guide, transformed his diet and continued to shed the pounds.

Giorgio has gone from 32st to a healthier 15st 14lbs and now plans to tone up and work on getting stronger.

Breakfast: 75g of oats with 2 scoops of LDN Muscle protein powder. Made with hazelnut milk, topped off with a banana and some berries.