"I was sitting there watching the play thinking, hang on, this is about me" 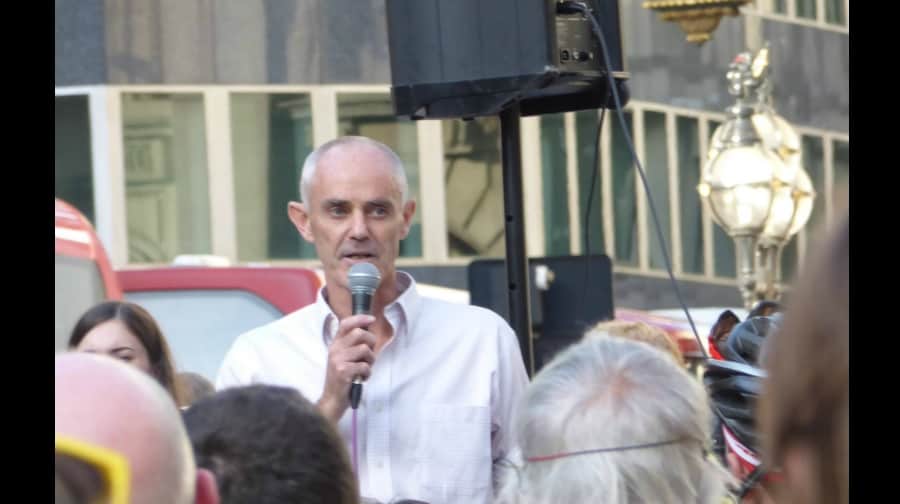 An environmental activist inspired a new play at the Old Vic, but was completely oblivious it was about him until he sat in the audience and watched it, writes Thomas Deacon…

Camberwell man Donnachadh McCarthy inspired Rise, a play by Deirdre Kinahan about the hopes and fears we have about the environment.

After attempting to live as environmentally-friendly as possible for the last 24 years, Donnachadh was interviewed two years ago by a researcher working for the play.

But it was only after noticing similarities between the main character of Rise and his own life that Donnachadh realised.

Playwright Deirdre listened through interviews with members of the public which had been collected prior to writing, including one with Donnachadh by Green party MP Caroline Lucas, and decided that Donnachadh’s was the most interesting and inspiring. Donnachadh was later invited to see the play by the theatre company, but had no idea what was in store for him.

Donnachadh said: “Imagine going to a play and realising that it was about you.

“I was sitting there watching the play thinking, hang on, this is about me.

“It kind of blew me away. It was a shock and also quite moving.”

Currently working as an eco-auditor, Donnachadh minimises his eco-footprint as much as possible and last year his gas bill was just £12 thanks to solar panels and a clean air compliant wood burner in his living room.

Donnachadh, who also writes a monthly Green Southwark column for the News, said: “The main reaction to seeing the play of course is my hope that it will inspire all those who see it, to start taking urgent action in the own lives and working to make Southwark carbon negative as fast as possible.”

Donnachadh doesn’t need to use a wheelie bin, and the amount of non-recyclable waste he produces per year can fit into just four carrier bags.

Playwright Deirdre confirmed that Rise was based on Donnachadh to him on the opening night, and was pleased to finally meet her inspiration.

Deirdre said: “When I was listening to all of the interviews we’d done for the play, Donnachadh’s really popped out at me.

“When you’re charged to write a play you need a human story that everyone can relate to. The last thing you want is a two hour lecture.”

Originally from Ireland, Donnachadh is also the co-founder of the campaign group Stop Killing Cyclists, whose ‘die in’ protests have featured in the world media.