‘I think that’s me!’ – News readers have their say on hit BBC sitcom Cradle to Grave 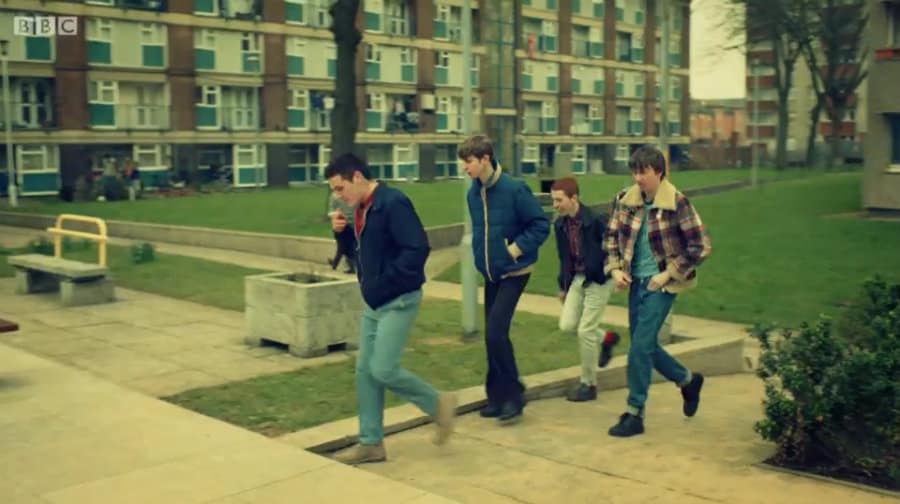 Last week the News asked readers for their reaction to ‘Cradle to Grave’, the sitcom produced by Danny Baker about his life growing up in 1970s Bermondsey and Rotherhithe.

It seems that the programme is both achingly funny and accurate, with a huge response from people who have been transported back in time by the BBC show – especially those featured in the show itself.

Stephen Micalef, who was Danny’s best friend growing up, thinks he is represented in the show by the troublesome teenager Steve Churcher.

He said: “I think that’s me – although I wasn’t involved in criminal activity like him. Danny was my best friend until we were around 19 – he only lived three doors away. As soon as we could walk and talk we were friends.”

Stephen says the reality of the show can be somewhat hit-and-miss.

“His mother Betty is portrayed so well it’s uncanny, it’s like a cardboard cut-out. The show tends to make his dad a much more clownish character, though.

“Some things do strike true, like Danny walking in with s**t on his shoe. That was a big problem then, there was loads of it about.”

He also dismissed Danny’s boast of disappearing into the photography dark room with an attractive teacher as a “schoolboy fantasy.”

However, he did add: “We went to concerts with her and would drink Newcastle Brown Ale. There was a bit of flirting – but we were very young.”

Jackie Buckingham, another family friend of the Bakers, also sees a lot of truth in the programme – especially when it came to Danny’s dad and his industrious, if illicit, ways.

She said: “Spud was always coming to me and asking me to shift some products for him. The house was always full of duvets – they were everywhere!

“My dad and him were like glue. My mum used to look out and say ‘Oh, there goes Spud and your dad, drunk again!’ Before they came back, my brother used to fill the scotch bottles with tea. They’d come in and say ‘Oh, let’s have a nice little tipple’, and it was tea!”

John Shaw, whose parents Walter and Lily were portrayed in two episodes, said he was “addicted” to the show and “the wonderful people portrayed.”

He said: “The actress who plays Danny’s mum has got her to a T and Peter Kay has got Spud down too – it’s only the haircut that different.

“My dad and Spud were inseparable, and there were a few stories that I’m surprised haven’t made it in yet. I’m sure there’ll be included in the next season. We used to help him shift things, like curry powder, which stunk up my house for months!

“Every single thing I’ve seen is true. I think ‘Mud Island’ was down where Millwall play now – it was a good fun place. I once found a dead body there, which may make it into an episode.”

Mud Island, the decrepit, sinking row of houses where Danny and his mates used to hang out, was the setting for one of the sitcom’s more serious moments – the death of Danny’s friend ‘Martin’.

However, while Martin died during the 1970s in the show as a result of a rotten floor, the real life incident was slightly different.

Colin Peterson said: “I remember the sad death of Steven Russell, who lived in Silwood Street. He was accidentally killed by falling brickwork in derelict houses in the Bolina arches in the ‘60s. He was bird nesting with friends.”

Another News reader claimed that, while the houses were certainly derelict, they were demolished long before the show was set.

Lorraine Dobson said: “‘Mud Island’ was all the roads that Millwall football ground is now on. The houses were demolished in 1962 because they were sinking, hence the name Mud Island. I remember it was sinking so bad towards the early ‘60s that a marble would roll across the room all on its own.”

Whatever the specifics and however accurate the show really is – Danny Baker is the only person who truly knows – what cannot be debated is how the sitcom has captured the imagination of Southwark residents and reminded them of a bygone era.

Walter and Lily Shaw, left, with Betty and Spud Baker