“I was having contractions while Craig David was playing”: Seventeen babies arrive at St Thomas’ at the start of the decade

'It’s been an amazing start to the year' 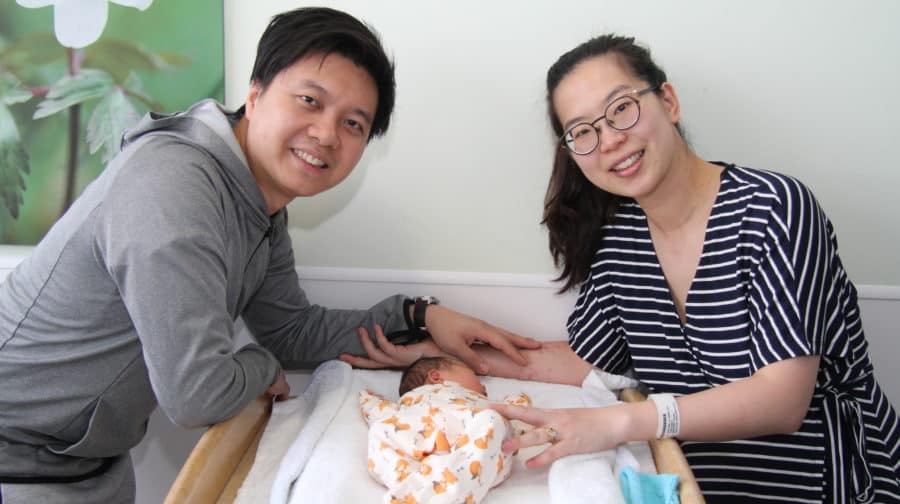 Some of the first arrivals of the new decade were born at St Thomas’ Hospital on New Year’s Day including one boy whose mum started having contractions at the countdown to midnight.

Twenty babies were born on New Year’s Eve and seventeen came into the world on New Year’s Day, while the rest of us were ringing in the 2020s.

Staff worked tirelessly to deliver the babies at the hospital overlooking the London Eye and annual New Year’s fireworks display.

Eight boys and nine girls were welcomed to the world between 1.54 am and 11.42pm. One of the newborns was Finlay, who arrived at 10.42am weighting 6lb and 6oz, to first time parents Yubing Zhu and Kenneth Ho, from Tower Hamlets.

His mum said: “We were at a New Year’s Eve party and at 11pm I knew he was coming but I wanted to stay for the countdown.

“I was having contractions while Craig David was playing but I danced through them – it was nice to be distracted.”

“We used the techniques we had learnt through hypnobirthing at home and got to the hospital at 8.30am.

“I went into the birthing pool and had paracetamol and gas and air, and two hours later he arrived.”

His father Kenneth added: “I was so glad that Finlay waited until New Year’s Day to arrive because all the roads were blocked and there was lots of traffic the night before due to the fireworks.

“It’s been an amazing start to the year.”

Around 6,500 babies are born at the trust every year.

Southwark NewsNews“I was having contractions while Craig David was playing”: Seventeen babies arrive at St Thomas’ at the start of the decade