Gravestones had been cleared as council deals with burial space shortage 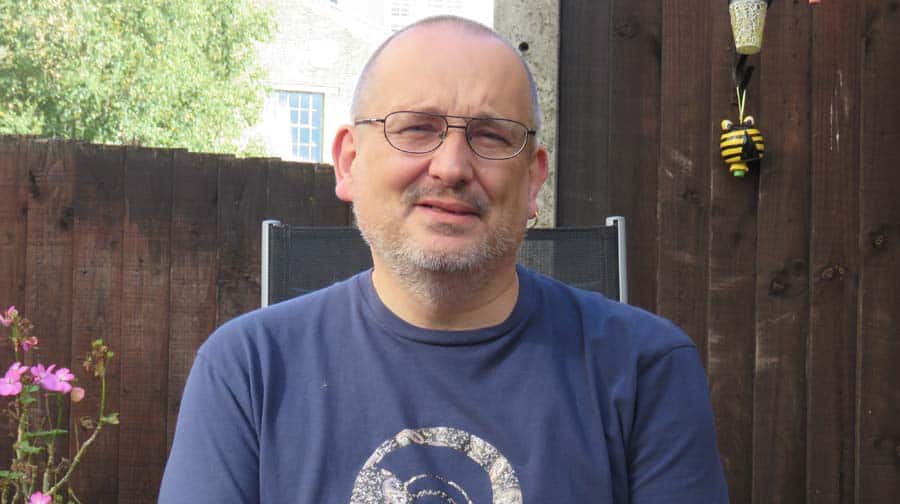 A grieving son who found his grandparents’ gravestone missing days after his mother’s funeral has said more should have been done to warn him it had been moved.

Dave Nicholls discovered the headstone at his grandfather’s grave – where his grandmother’s ashes were also scattered – had disappeared when he visited Camberwell New Cemetery on September 19.

The 50-year-old, from Bermondsey, was unaware that the council had been given permission to dig up graves at the cemetery’s One Tree Hill site to allow for a pathway and new graves to be built, as it deals with the borough’s burial space shortage.

He said he had planned to scatter his mother’s ashes with her parents but had to arrange to do so in Watford instead.

“We were just flabbergasted,” said the father of three. “The whole lot of the section where their grave was had been completely decimated.

“They had just put everyone’s personal effects – fencing, teddy bears and flowers – into a big pile and everyone’s gravestones were missing and we didn’t know what was going on.

The grave before and after

“I was told there were notices up around the gravesite for eighteen months and notices in the local papers but I had been there in March, April and May and didn’t see any notices.”

Mr Nicholls said it was a “really bad time” for it to happen since he had just lost his mother.

“This has come as an emotional shock to us all and we are at a loss what to do,” he said. “My concern is how can they justify putting new bodies on top of old bodies and a lot of the graves they destroyed were war veterans so that hasn’t gone down well.

“I think more should’ve been done to make people aware.

“The way that they’ve ripped those graves up and the artefacts is heart-breaking; there was no respect.”

Cllr Ian Wingfield, Southwark Council’s cabinet member for environment and the public realm, said: “We did our best to contact residents and the wider community over a number of years before the work started.

“Sadly we didn’t have up to date contact details for all the families concerned, but now Mr Nicholls has been in touch we have been able to arrange the collection of his grandfather’s memorial.

“Our thoughts are with Mr Nicholls and his family and I hope that they can accept our sincere apologies for any distress this matter has caused them.”