'It's hard to picture now but there was no investment for the old docklands and Southwark, like London as a whole, was depopulating' 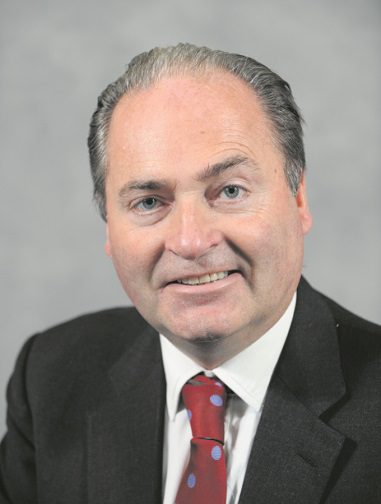 The only other councillor to have reached the same milestone of continuous service was the late Conservative councillor Toby Eckersley who died last year. Cllr Wingfield was first elected in October 12, 1989 and since then has served in all three constituencies – most recently as one of three Labour councillors in Camberwell’s St Giles ward.

In a career spanning three decades, he says some of the work he is most proud of includes setting up the Southwark Civic Association and the Civic Awards, alongside his successful campaign for the council to adopt the Armed Forces Covenant, committing it to help provide employment, housing and care for local ex-service men and women.

But, he tells the News, his unquestionable career high so far was Labour’s 2010 local election win, when the party took back the council after losing in 2002.

“Eight years in opposition was a very frustrating time as I continued to represent and serve my constituents in Camberwell but was not in a position to introduce policies that would help them,” he says.

“This was followed by the equally important election of Neil Coyle as MP for Bermondsey and Old Southwark in 2015. A day I will savour for the rest of my life.”

He set to work recreating the housing department – which had been abolished under the Liberal Democrats and Conservatives – and creating new resident forums.

This was also the time when the party launching its Southwark Housing Commission into housing need and supply.

Housing has always been a burning issue in the borough, but at the beginning of his tenure, the threat of depopulation was the biggest cause of concern.

“The main issue in 1989 was economic deprivation. When I first came to Southwark in 1983 for the infamous Bermondsey parliamentary by-election I got off the tube at Surrey Docks and saw a sight right out of T.S.Eliot’s The Wasteland.

“It’s hard to picture now but there was no investment for the old docklands and Southwark, like London as a whole, was depopulating. How could this be reversed?

“Our development director, Fred Manson, came up with the idea that by attracting a large arts organisation south of the river we could stimulate economic development.

“We put our collective minds to work and settled on offering the former Bankside Power Station to the Tate. And the rest is history as they say.

“Southwark has been at the forefront of economic change and vitality in the capital brings social, educational and employment benefits. It has rightfully taken its place as a central London destination.”

Since then the borough has changed a great deal – with many controversies along the way. But high drama is nothing new to politics.

As a new councillor elected in a by-election, Wingfield remembers arriving to his first Poll Tax setting meeting in 1990, his first major meeting.

“When I arrived at the old town hall in Camberwell I found a swathe of protesters covering the entrance and grounds,” he recalls.

“Being slight in height and dressed casually for the occasion I managed to navigate my way to the front inside the town hall.

“I was then confronted with eight huge and burly police officers locked arm in arm guarding the closed security doors.

“I showed them my ID pass to get in but they didn’t budge.

“However this revelation prompted those protesters around me to shout “He’s a councillor!” and a barrage of blows, kicks and spittle descended.

“After about what seem an eternity of receiving such punishment one policeman opened the door and let me in.

“I joined my colleagues to be told they had all entered through a back door.

“I then found out  that as I was new, my name wasn’t yet on the list of councillors. That was my baptism of fire to local government.”

Wingfield has no plans to stand down anytime soon – especially given the prospect of a general election.

“I am hoping my experience and knowledge will ensure the Labour Party retains control of the council and that I will continue to work for the election of a Labour government,” he explains.

“Local authority finance has been decimated across the country by both the coalition and Tory governments, with Southwark’s budget being halved.

“If it wasn’t for the prudence and sound investments by our Labour council and the increased tax income base from more businesses moving into regeneration areas, then Southwark would be in a more precarious position.

“The election of a Labour government would reverse this trend and give local councils the required funding and vital freedoms to allow them to grow and develop in line with their residents’ needs and expectations.

“The continued building and provision of council homes at council rents is an absolute must.

“Then after 30 years of a Labour Government I think I can rest easy!”

Such an excellent councillor who has served his constituents tirelessly. ?