Ian Wingfield: Southwark’s longest-serving councillor has ‘no regrets’ over Heygate

'We live in a city that is constantly changing. You either adapt to those changes or you get left behind. We took the view that we didn’t want our residents to be left behind.' 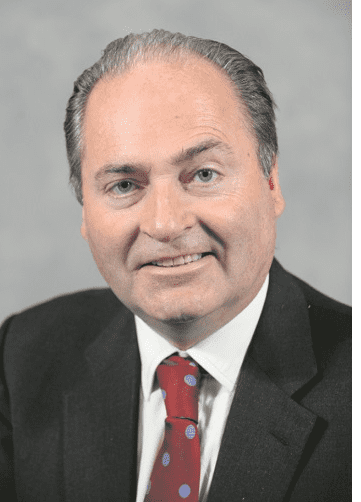 Ian Wingfield is celebrating 32 years and eight months on Southwark Council this Sunday, making him the longest serving councillor in the borough’s history.

The Labour councillor for St Giles has been deputy leader of the council and opposition leader but perhaps his two most lasting contributions to the borough are helping bring Tate Modern to Bankside, and selling off the Heygate Estate in Walworth as head of housing.

Social housing campaigners have long criticised Southwark Council for the way the Heygate, a massive brutalist estate to the south of Elephant and Castle, was demolished. Southwark Labour sold the site to developers Lendlease for £50 million, which campaigners said was not much more than they spent on moving residents out. The council negotiated a deal to ensure 25 per cent of the homes on the site were “affordable”.

The deal was many years in the making and straddled Liberal Democrat/Conservative- (2002-2010) and Labour administrations.

“It was, it is, and will be an issue of controversy. We could have done what the liberals did and let it remain vacant and used for Hollywood movies, whether sci-fi gangster movies, or actually start to provide housing…

“We live in the centre of probably the most cosmopolitan city in the world. People are coming and going all the time. As much as we want to keep things how they are, they’ve never been as they are. We live in a city that is constantly changing. You either adapt to those changes or you get left behind. We took the view that we didn’t want our residents to be left behind.

“There will always be disagreements. Some people disagree because they have a political motive. I’ve never been driven by ideology, I’m driven by wanting to help people.”

The Tate, which opened in 2000, was an earlier example of Southwark’s regeneration. Cllr Wingfield said when he first came to the borough to campaign for the 1983 election, Surrey Docks area looked liked “the far side of the moon”.

“The whole place was flat… the old docks were gone, houses had been bombed. It had an air of depression. The economy wasn’t in a good state, attainment in schools wasn’t very good, social service provision was a bit patchy. I wanted to change the look and feel of the borough. Not just me, others of my generation too.”

Cllr Wingfield, alongside other councillors and regeneration director Fred Manson, “came up with a plan to get a major arts provider south of the river” to help bring more investment to the borough.

He said: “It was more heightened, the difference north and south of the river, back then. Lots of arts organisations didn’t want to move.

“We had this empty power station -[Bankside Power Station]. To be involved in those discussions, part of the leadership of the council, is something I will look back on. Without that, I don’t think Southwark would be half the place it is today.”

Cllr Wingfield will overtake the former Conservative councillor Toby Eckersley, who died in 2018.

Asked how long he would continue, he said: “I’m still fit and able, I’ve got no intention of stepping down or going anywhere. As long as my party still wants me to represent them and people still want me, I will stay on.”

In response to the question of whether he would consider putting himself forward as an MP for the Camberwell and Peckham constituency, where Harriet Harman is stepping down, Cllr Wingfield demurred. “I’m quite happy where I am, I’ll leave that to others.”