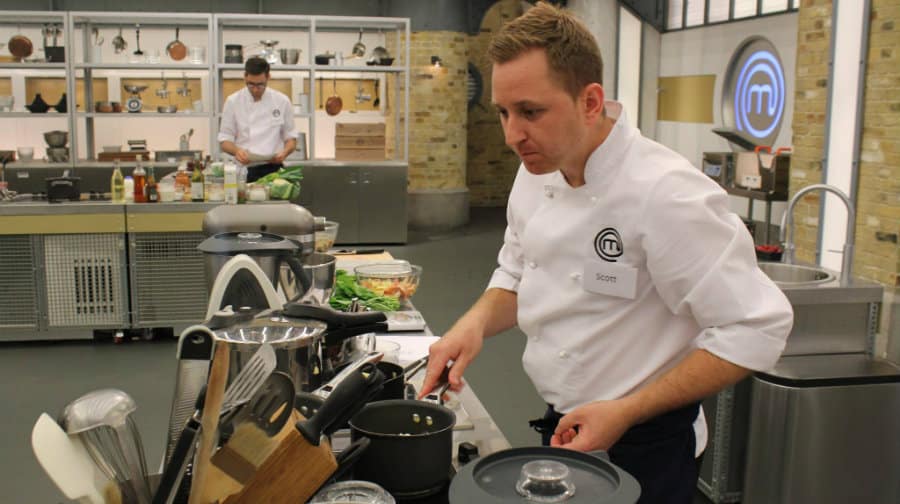 A Millwall fan has reached the final of MasterChef: The Professionals, vowing to cook Neil Harris a ten-course meal if the Lions manager can find some free time between training and matches.

Scott Barnard is taking part in a special version of the popular cooking show, with already-experienced chefs going head-to-head on the BBC2 hit show.

He told the News about his experience on the show and how supporting Millwall is like being on a “rollercoaster.”

He said: “My parents were brought up in New Cross and Bermondsey. I was born in 1982 and always loved football as a kid and supported my local team. My parents and all my family supported Millwall as well. I wouldn’t change it for the world. Typical Millwall fan, it’s a rollercoaster, isn’t it? But I’d never support anyone else.”

He spoke of his heroes, Teddy Sheringham and Tony Cascarino, and said that if Millwall were a dish it would be pie and mash: “Simple but tasty!”

The 33-year-old, who runs a restaurant in Hertfordshire, also talked about the pressure of cooking on such a high-profile TV show.

He said: “You can’t explain the pressure when you walk through that MasterChef kitchen. It’s not like your full restaurant at work, it’s completely different. You forget how to cook, you make silly mistakes so it’s not until you find your feet you feel a little bit more comfortable.” Cheer Scott on in the final on BBC 2 at 8pm on December 24.