‘I’ll make sure prosperity is shared by all’, vows new council leader as he unveils his top team 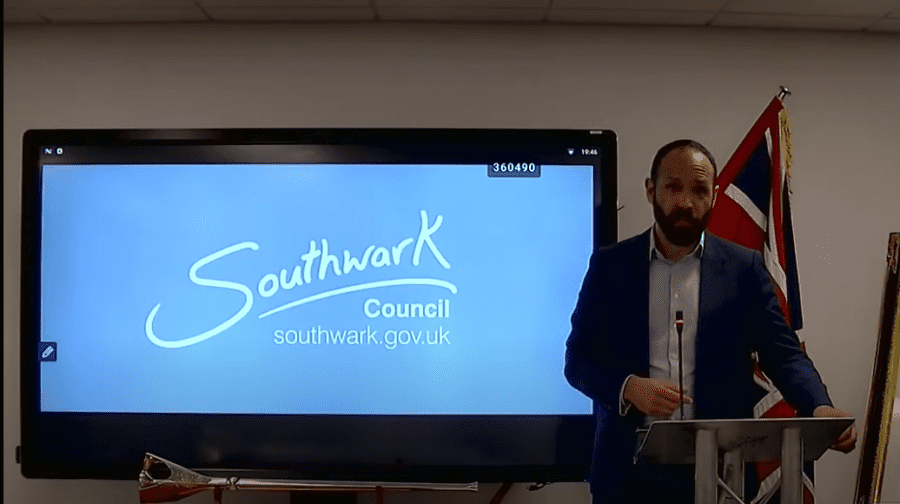 Southwark’s new council leader has vowed to make sure “prosperity is shared by all,” as he unveiled his top team to battle a series of unprecedented challenges at the town hall.

Labour’s Cllr Kieron Williams was formally elected leader of the town hall at a meeting last night, taking over the helm from Cllr Peter John, who had led the authority for a decade.

Vowing to raise living standards across the borough during his leadership, Cllr Williams said: “Being appointed the leader of our council is the honour of my life. Southwark is a truly amazing borough, within a few square miles we have a taste of everything the planet has to offer.

“Everywhere I look in our borough I see the chance to make it an even better place for everyone who lives here, to raise prosperity, and to make sure that prosperity is shared by everyone in our borough.”

Among the top priorities for the Williams’ administration would be stopping the spread of coronavirus, ending homelessness in the borough, and cleaning up Southwark’s air, he pledged. He admitted, however, the scale of the task facing the new administration – economic recession, a pandemic, and years of squeezed budgets –  was an “unprecedented challenge.”

Liberal Democrat opposition leader, Cllr Nick Johnson, congratulated Cllr Williams on his election – but warned him that he faced some “ugly choices.”

“In some ways, I don’t envy the task either of you face,” he said, adding: “Less money in the pot and a major financial deficit for the council is almost certain.

“Some ugly choices will have to be made,” he said. “I don’t know what ugly choices you will choose to make Cllr Williams.

“Perhaps it’s cutting services, perhaps it’s raising taxes … These are difficult choices. So my sympathy goes to you because I don’t think you have an easy task ahead of you.”

He urged the council to properly consult residents if austerity measures are imposed, and to “play the long game.”

“Let’s use Covid as the catalyst for a green revolution in Southwark,” he said.

A new top team was also unveiled at the town hall, with previous top figures Cllrs Richard Livingstone and Victoria Mills stepping down from their posts.

Cllr Jasmine Ali was appointed the deputy leader, while fresh faces Cllrs Helen Dennis and Alice MacDonald were given responsibility for Social Support and Homelessness, and Communities and Equalities respectively.

Southwark NewsNews‘I’ll make sure prosperity is shared by all’, vows new council leader as he unveils his top team