The fundraiser smashed its £30,000 target on Saturday and could see six historic Rotherhithe buildings illuminated 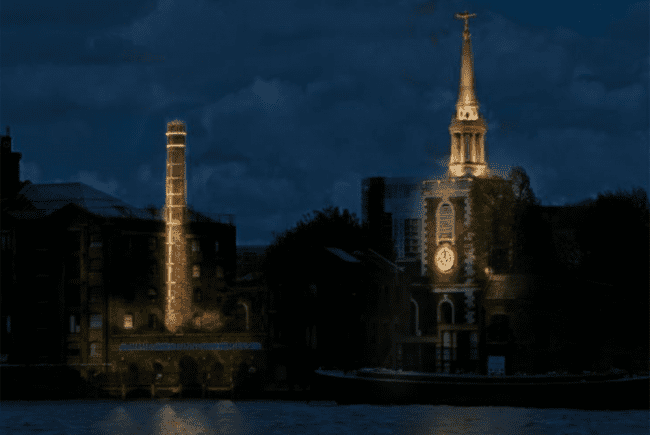 Historic Rotherhithe buildings are on their way to being illuminated ahead of the 400th anniversary of the Mayflower sailing after a fundraiser smashed its target.

Six historic buildings in the area could receive up-lighting after the crowdfunding drive netted £31,500 for a feasibility study into the project. The initiative reached its £30,000 target on Saturday with 177 backers.

Further funds would need to be raised to install the lighting, however, which is proposed for the Mayflower Pub, Brunel Museum and Sands Films Studio among others.

The fundraising project was launched in October by friends Clare Armstrong, of Rotherhithe, and Sheila Taylor, of Bermondsey.

Clare told donors: “We want to move the process forward as quickly as we can now, and we are still hoping that there might be time for this legacy lighting scheme to be installed by July 2020 when the Mayflower 400 celebrations and commemorations begin.

“We have already arranged to meet with the conservation architect and the lighting designer in January to discuss next steps.

“Thank you again for your support and for your enthusiasm and for making it possible for us to take our exciting vision forward to the next stage.”

The cost of the installation of the lights would be around £100,000, it is estimated – but now the money for the feasibility study has been raised, other sources of funding could soon follow.

The illuminations could also include hi-tech QR codes, which would allow visitors to the area to scan the illustrations with their phones, to learn about the historical significance of the buildings.

The lights would be used for around 40 years, according to the project, making the significant Rotherhithe landmarks visible from the river.

The fundraiser is still open for donations and can be found here.