Mr Duffey says he has over eight years on his lease, despite plans to demolish shopping centre in 2018 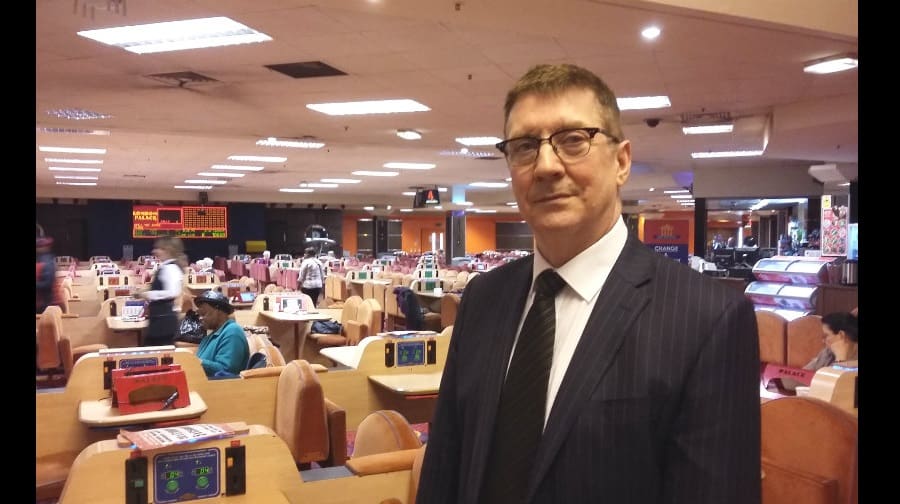 The owner of the Elephant and Castle bingo hall has said he is ‘going nowhere’ after the shopping centre’s owners confirmed demolition work was scheduled to start in 2018.

Patrick Duffey, managing director of Palatial Leisure Ltd – which runs the bowling alley and bingo hall on the top floor – told the News his lease with landlord Delancey will not run out for eight and a half years, in 2025.

“I have been hearing suggestions from the council, from Delancey and from the media for the last seventeen years that we’re about to be demolished any day now,” Patrick said.

“They all say in a year or two it will be demolished. They all say planning will be going in soon. When asked for the plans, there are no plans.”

The News reported last week that the Coronet Theatre in New Kent Road had been given a year’s extension to its lease. In that story, a Delancey spokesperson said the company is “on track as per the planning timetable” and that it intends to submit a planning application “shortly”.

Delancey added: “We anticipate that we will start demolition and construction in 2018 as stated at our Public Exhibition earlier this year.”

However the News understands there are several businesses in the shopping centre with “long leases” that could pose a problem for Delancey if it hopes to demolish the site within its schedule.

A spokesperson from Delancey said: “We are committed to ensuring that Elephant and Castle remains a vibrant and busy shopping destination, both now and in the future. To facilitate this, we have been working with all of our tenants to regularise their leases. This has provided businesses with more certainty and security of tenure than they have had previously, and enabled them to trade securely from the shopping centre, and plan their future in and around Elephant and Castle.

“There is still a small handful of businesses who we continue to liaise with closely, but have not yet reached an agreement with. However, we hope to do so between now and the securing of a planning approval, and hope that CPO powers will not be required.

“We don’t anticipate this will impact on our construction programme and with Southwark Council’s support, we remain committed to delivering this significant regeneration project. When complete, it will position Elephant and Castle as a major town centre, deliver thousands of jobs for local people, a new university building, 1,000 new homes, extensive public space and a new entrance and ticket hall for the London Underground Northern Line.”

Delancey has two possible options it can use to empty the shopping centre, which it must do before commencing demolition.

On October 20, 2015, Southwark Council discussed using a compulsory purchase order (CPO) in order forcibly to  buy out the businesses with long leases. But one year on, the council has confirmed it has no intention to use a CPO to get Patrick or any of the other businesses out of the old 1960s shopping centre. Councillor Mark Williams, Southwark Council’s cabinet member for regeneration and new homes, said: “As with any of our regeneration areas we would only want to use CPOs as an absolute last resort.

“We are strongly encouraging Delancey to do whatever they can to reach a voluntary agreement with their tenants at the shopping centre so they can gain full possession to move forward with this important scheme as part of the overall regeneration of the Elephant and Castle area.”

This leaves Delancey with the only available option of trying to buy out the other businesses to get them out.

Patrick said: “The correspondence I have had for seventeen years has been repetitive. Brexit has also added to the unknowns.

“I tell you, this man’s not going anywhere in a hurry. I’m going nowhere.

On Monday, Ian Coll, owner of the Mój Sklep Polish supermarket, announced he will open his shop for the last time this Saturday – even though his lease doesn’t end until 2019.

Ian told the News: “I had a window with which to get out of my lease that expired 2014, but I missed it.

“I was pleading with [Delancey] just two weeks ago to let me get out of the lease, but they won’t let me.

“Effectively I am stuck paying rent and service charges as a leaseholder until 2019, even though Delancey are advertising that they will demolish this place in 2018.

Ian said his service charge has increased by “20 per cent every year” since Delancey took over the supermarket.

“To be quite honest the shopping centre is dying, and it’s small businesses like us who are the life support.”

Meanwhile, another self-employed business owner in the centre spoke anonymously about the slim chances any of the current occupants have of being given a new home in the new shopping centre.

The businesses owner, whose lease ends in 2017, said: “I had a letter from Delancey which said only ‘first class’ businesses would be able to ‘apply’ to have a lease in the new shopping centre.

“We would all also have to go through ‘health checks’ of our businesses.

“I have been shown what the rents would be after the new centre is finished. They are double or triple what I am paying now.

“I get comments from people who come in here saying they are surprised I am still here. This has been thirteen years of my life. To be quite honest, when my lease runs out, that will be it, I will be out of a job.”