Car and bus collision on the Rotherhithe Tunnel roundabout 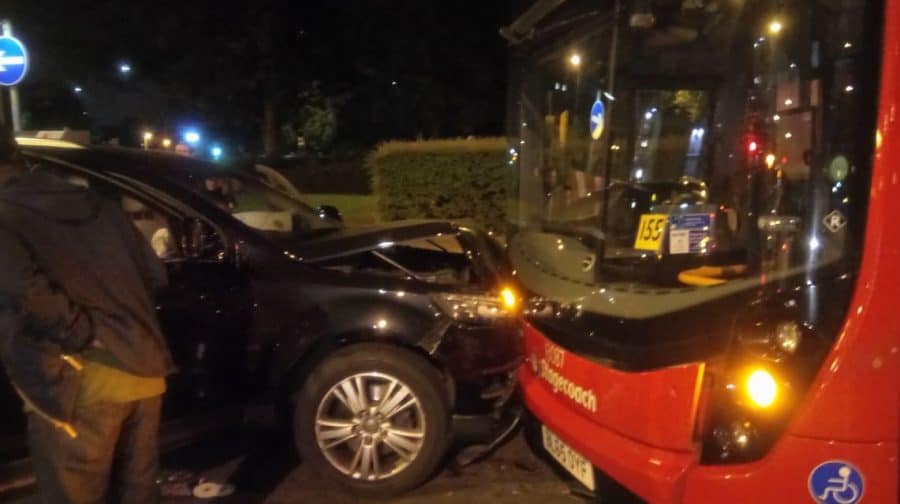 The car appeared to be going the wrong way around the roundabout Image: Danny Davies

A car and bus collided on the Rotherhithe tunnel roundabout in the early hours of this morning (Monday September 17) after the car appeared to be driving the wrong way.

The collision involving a number 47 bus and a black car,  which was allegedly driving in the wrong direction happened shortly after 1am.

No-one was seriously injured in the crash, while TfL said it was aware of the head-on collision involving the Shoreditch bound bus.

Police and ambulance crew were called to the scene. Passengers can be seen getting off the bus to inspect the damage Image: Danny Davies

A Met Police spokesperson said: “Police were called shortly after 01.00hrs on Monday, 17 September to reports of road traffic collision involving a bus and a car.

“Officers and the London Ambulance Service attended but there were no serious injuries.

Southwark NewsNewsCar and bus collision on the Rotherhithe Tunnel roundabout