"Whoever built the Hollow Hotel built a literal death trap; designed just for you" 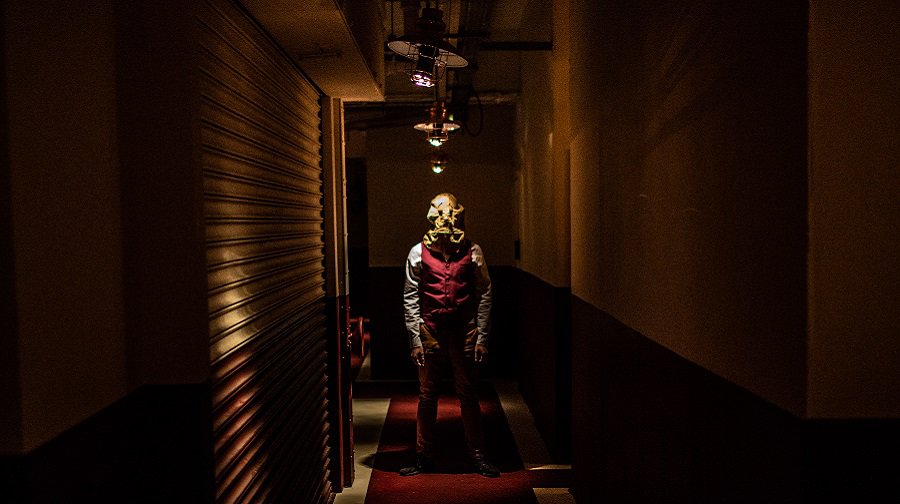 A Bermondsey building has been transformed into a hotel you may not want to book a romantic rendezvous in.

The building has been taken over by an immersive theatre production inspired by a real life 19th century American serial killer.

The Hollow Hotel production, staged by theatre company differencENGINE, is based on the “murder hotel” designed by H.H.Holmes, who is believed to have murdered 200 people.

In the experience, guests are invited to the grand reopening of a hotel which has been shut for some time.

As they journey through a maze of hidden passageways, they can control their own experience, making decisions along the way as they try to escape.

You can even ‘die’ during the production – but you’ll still have to find a way out. “After its unexpected closure, the Hollow Hotel is reopening its doors and invites you to its grand re-opening,” guests are told.

“But if you listen to the whispers in its winding corridors, you might lose yourself as each turn entices you to delve further in; until you can’t turn back.

“Journey through a maze of hidden passageways that will either lay you to rest, or lead you further into the hotel’s dark heart.

DifferencENGINE is an immersive and interactive theatre company co-founded by Jon Cooper and Andrew Somerville in 2014. Their debut show Heist was initially meant to run for three weeks but instead ran for nine months and sold out within minutes.

That production saw audiences break into a building, and attempt to steal a painting without being caught while interacting through headsets and cameras.

It is currently running on the top floor of Block F in the Biscuit Factory, Clements Road, SE16 4DU, until June 17.

Tickets can be bought for £43 full price or £30 for rush tickets from http://differencengine.co.uk/the-hollow-hotel/