In the dock: Camberwell gang jailed after £15,000 of drugs seized

The dealers ran their operation from Comber Grove 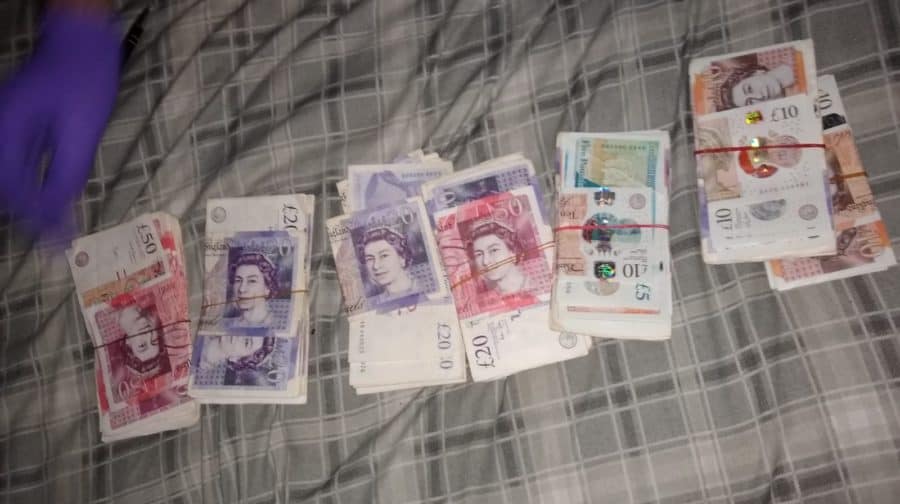 Some of the cash recovered at Dan-Othman's address

Four members of a drug dealing gang based in Camberwell have been jailed after drugs with a street value of £15,000 were seized.

They were sentenced on Friday, December 13 after an investigation by the Met’s violent crime taskforce.

The gang first came to the police’s attention on March 6 of this year, when officers patrolling Comber Grove in SE5 stopped and searched a car and its driver, Michael Fahm.

The 25-year-old, from the same road, attempted to flee while being searched, but was successfully detained.

Officers found £800 in cash, class A drugs, and cannabis before he was released under investigation.

On June 20, police were about to search a property under warrant at Comber Grove when they noticed a car, registered and insured by Fahm, leaving the area.

After stopping the car and finding Fahm inside, they seized an iPhone with messages relating to supplying drugs.

A search at the address found £5,820 in cash and cocaine, ketamine and MDMA.

Messages on the iPhone linked three others to Fahm and the drug network.

Shahjan Ali, aged 32 (from Nelson Square, SE1) was another ringleader, with Fahm, who coordinated the supply.

They were supported by 26-year-old Omar Lawson, from Coleman Road in Camberwell, and Shakeel Dan-Othman, aged 22 from Beaconsfield Road in Walworth, who helped with delivery and resupply.

Dan-Othman was sentenced to 24 months in prison after pleading guilty on November 8 to conspiracy to supply class A and class B drugs, and possession of criminal property.

Lawson, was handed 23 months’ imprisonment. He pleaded guilty to conspiracy to supply class A and class B drugs on September 6.

Ali was given 32 months in prison. He pleaded guilty to conspiracy to supply class A and B drugs, and possession of cannabis on August 6.

DC Raymond Sekalongo, who led the investigation, said: “We have been clear that drug dealing is linked to the high proportion of violence we have seen in London.

“Thanks to the work of the violent crime taskforce, this investigation exposed all four mens’ involvement in a London drug supply conspiracy and they will now serve time behind bars.”