'It was sheer luck that they were not permanently, or even fatally injured' 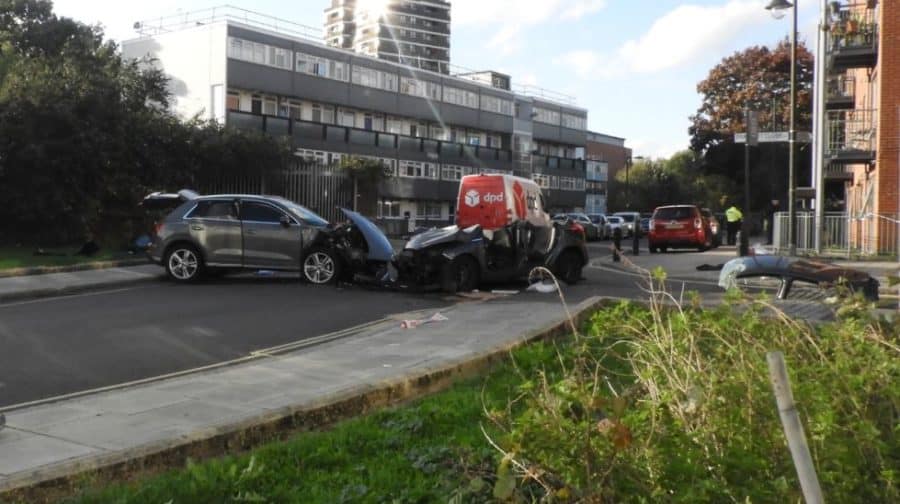 The scene of the collision

A dangerous driver who ploughed into into a police car, injuring four officers, has been jailed.

Haydon Martin (pictured), from Fenwick Road in East Dulwich was handed four years and five months at Inner London Crown Court yesterday (January 20) after pleading guilty to one count of causing serious injury caused by dangerous driving and one count of dangerous driving. He was also banned from driving for seven years. 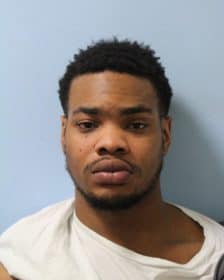 Investigating officer Detective Constable Ben Simpson said: ‘’It is a miracle that there were no fatalities as a result of this incident.

“Police officers all over the country work tirelessly day and night in order to protect the public. Whilst providing this crucial service last October, Martin subjected four such officers to a head on collision.

“Martin drove at 60 miles per hour in 20 miles per hour residential streets, on the wrong side of the road and under the influence of drugs before fleeing the scene with his passenger leaving injured officers trapped inside their vehicle – he made no attempt to call for help.

“I am pleased that justice has been served and hope that the sentence handed down helps the injured officers to progress with their recoveries and once again serve and protect the community.”

The officers were in an unmarked police car on patrol in the borough when, shortly before 1.30pm on October 20 last year Martin’s car collided directly into their vehicle in Draycott Close, near the junction with Edmund Street in Camberwell. His passenger fled the scene – and has yet to be identified.

Martin and the four officers were all hospitalised. Two of the officers, the driver and front seat passenger, are still off duty and recovering from their injuries.

Detective Superintendent Nicky Arrowsmith, from the Central South Command, said: “This was a horrific head-on collision which left four of our officers needing hospital treatment.

“One officer was seriously injured and three months on, two of the officers will be continuing in their recovery for some time to come. It was sheer luck that they were not permanently, or even fatally injured.

“Martin’s behaviour, and driving, that afternoon was deplorable, and he is now facing the consequences of his actions.

“Equally shocking is how Martin’s passenger ran from the scene leaving people injured. Our enquiries to identify and trace him remain ongoing.”