In the dock: Man jailed after trying to rob cash in transit armed with hammer – while he was on licence for a series of robberies 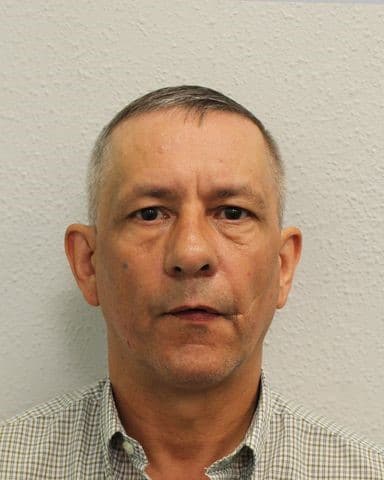 A man from Sydenham was jailed for five years yesterday after attempting a cash-in-transit robbery in Deptford.

Matthew Missenden, aged 56, from Hazel Grove, SE26, was convicted after a week-long trial at Woolwich Crown Court and sentenced on December 5.

He had been charged on June 20 with one count of attempted armed robbery after police were called on May 14 to a supermarket in Deptford High Street.

The court heard a G4S guardian was delivering a cashbox when he was approached by Missenden who was armed with a hammer. When it was revealed to be empty, Missenden fled the scene but was picked up by the Met’s flying squad after they identified him and his getaway vehicle on CCTV.

At the time of the attempted robbery, Missenden was on life licence since being released from custody in 2016 having served a sentence for a string of ‘gun-enabled robberies’.

Detective Constable David Crewe from the Met’s Flying Squad said: “Missenden is a prolific offender who has no respect for the law or the criminal justice system.

“At the time of this offence he was on licence having been released from a custodial sentence he received for similar offences.

“Missenden showed no concern for the welfare of the custodian merely carrying out his day job, or other members of the public around him, when he attempted this robbery armed with a weapon.

“This case should send a clear message to those considering carrying out these audacious crimes that we will track you down and bring you to justice.”

Southwark NewsNewsIn the dock: Man jailed after trying to rob cash in transit armed with hammer – while he was on licence for a series of robberies