In the dock: Mask-wearing rapist who told his victim he had a gun as he attacked her in Gallions Park jailed for fifteen years

His victim says she is afraid she won't be able to ever have an intimate relationship with a man, or start a family, after the harrowing assault 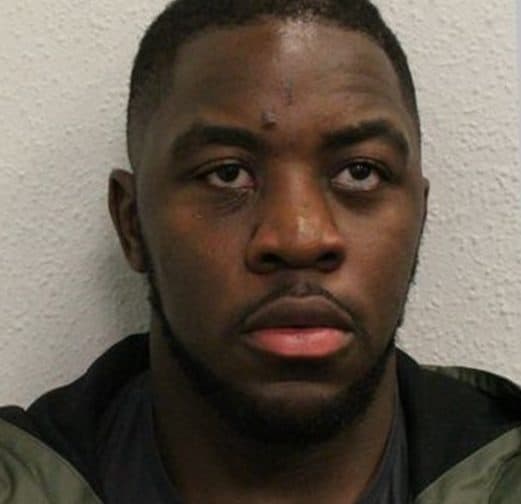 A twenty-three-year-old who kidnapped and raped a woman in Greenwich has been sentenced to fifteen years behind bars.

He had pleaded guilty at the same court on Thursday, 19 March.

The court heard that at about 8:45pm on November 8 last year, the 30-year-old victim was walking through a basketball court in Gallions Park, Thamesmead, when she heard footsteps behind her.

An unknown man pointed something into the small of her back and said:“I’ve got a gun. I’m going to kill you.”

He then forced her to walk into a concrete clearing, next to a drained canal without street lighting by Warepoint Drive, and told to remove all her clothes.

The court heard that the man, who was wearing a ski masked, raped her while asking persistent questions about her relationships, telling her ‘I’m local’ and “I know your face, I know where you live.”

After the horrific assault, the suspect made the victim walk to the canal bank while still naked and instructed her to wash for ten minutes in a puddle of water.  The temperature that night was freezing.

As she got dressed he went through her handbag, taking her headphones and mobile phone – forcing her to unlock it with her password. As soon as she was able to walk home she called the police.

She was taken to a specialist haven by officers. Results from forensic testing identified Atumkeze as a suspect.

Atumkeze was arrested on Monday, November 11 and was taken to a south London police station where the court heard that he tried to spin an elaborate web of lies.

It is said that he claimed he was blind in both eyes – and physically incapable of attacking anyone – and a virgin.

In his interview, he said: “I was shocked when I was arrested by the police. I was thinking this was wrong as I could not have done that.

“Due to my physical problems I could not commit crimes. I cannot do that crime as I am blind. I am a virgin so I could not have done this.”

Atumkeze was unable to give an explanation to why his DNA was found on the victim, who he claimed to have never seen before.

Detectives said they examined Atumkeze’s mobile phone and found internet searches such as ‘rape kit’, ‘DNA profiling’ and ‘the importance of DNA in sexual assault.’ He also looked up sexual offences on the Crown Prosecution Service’s website. He was charged on Tuesday, November 12.

Detective Constable Kara Eyre, the investigation officer from the South East Area’s Safeguarding team, said: “Atumkeze is a dangerous individual who preyed upon a lone female and subjected her to the most horrendous ordeal where she feared for her life throughout.

“Upon his arrest, he fabricated a series of lies and tried to worm his way out of this atrocious crime. Thankfully, the evidence we collected against Atumkeze was strong and it resulted in him having no option but to plead guilty to his heinous crimes.

“I would like to praise the tremendous courage that the victim has shown throughout. Her assistance meant that we were able to gather the evidence needed to put Atumkeze behind bars where he cannot subject any other women to the same ordeal.

“Nothing can undo what Atumkeze did to the victim, but I hope today’s sentencing will give her a little bit of comfort and closure.”

His victim has been left severely traumatised. She took four months off work following the ordeal and continues to have counselling.

In a statement read to the court, she said: “I became terrified of going out alone. Still to this day I avoid being alone at night outside. I couldn’t sleep. I would hear the slightest noise and be awake. I have become afraid of the night. I have very intense dreams now and I wake up in a cold sweat.

“I’ve lost my independence and self-reliance. I’m not like I was before and am now more reliant on others. I’ve started suffering panic attacks and anxiety. I’ve lost weight and my appetite. I find that suddenly I will have a flashback to what happened, this causes me further anxiety.

“I’m finding it hard to trust people, especially men, even though rationally I know not all men are going to hurt me.

“I have reached out to a few friends for support as I knew this was too big for me to carry alone. It was hard talking about what happened, it made me feel uncomfortable and it took a lot of courage but I needed the support as well.

“I have male friends that I would go out with for a meal or the cinema. Now I find it really hard to trust anyone, I don’t want physical contact.

“I don’t know when I’ll feel able to just go out as I did before. I find it very difficult to be close to a guy, or think about being intimate. It was always my goal to get married and have a family. Now I worry because I cannot get close to anyone and what if this doesn’t change?”

I’m so mad this lady had to endure this horrific assault. Can’t imagine how terrified she would have been. Admire her strength for still calling the police although she was threatened. Stay strong, do not let this piece of trash, take over your memories or life. He is a disgusting weak, coward and your strength put him where he belonged. Well done to the police for finding him so quickly.

Southwark NewsNewsIn the dock: Mask-wearing rapist who told his victim he had a gun as he attacked her in Gallions Park jailed for fifteen years