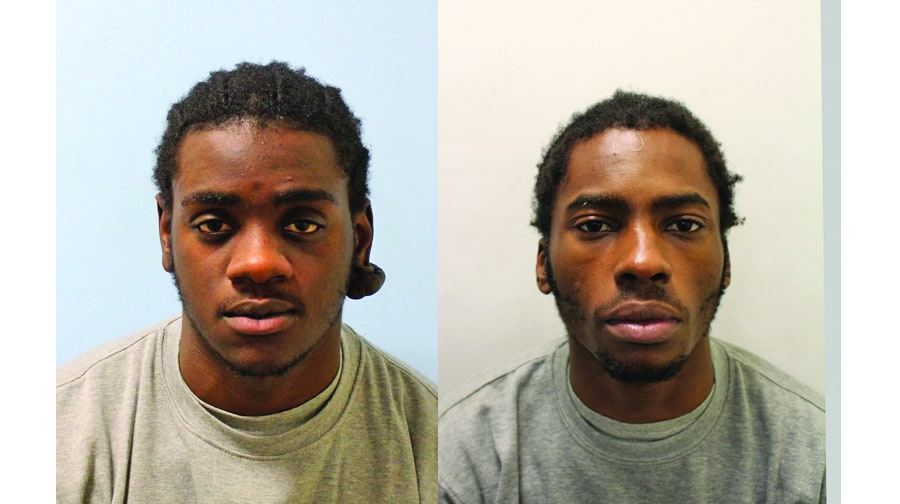 Two Southwark ‘gang members’ have been jailed for firearms offences after a police chase where officers “genuinely feared for their lives”.

Olayinka was handed ten years in prison for firearm possession with intent to enable another to endanger life, and Atoprah was handed five years and eight months for possession of firearms, offensive weapons and bladed articles.

Both came to the attention of police after a moped chase on Bowling Green Street, SE11, last November.

Police said they attempted to stop the pair and pursued them into Montford Place where they crashed into bollards in an attempt to evade officers.

Atoprah was detained by the moped, and found to be wearing body armour, with two knives found on the ground next to him.

Olayinka, the pillion passenger, was chased on foot.

Officers heard a gunshot, and one subsequently fired their weapon.

He was detained in Montford place and also found wearing body armour.

No one was injured during the chase.

Detectives searched a building in Montford Place and found a sawn-off shotgun with two spent cartridges.

Police said it was later established this was weapon that had been discharged as Olayinka attempted to discard it.

Both were arrested, and then charged on November 7, 2018.

“There is no telling what they would have done with them if confronted by a rival.

“We remain committed to taking guns and knives off our streets, and arresting those who pose a threat to the safety of Londoners is our priority.

“The Met’s firearms officers are highly trained and it is very rare that they discharge their weapons.

“That night, they genuinely feared for their lives.”