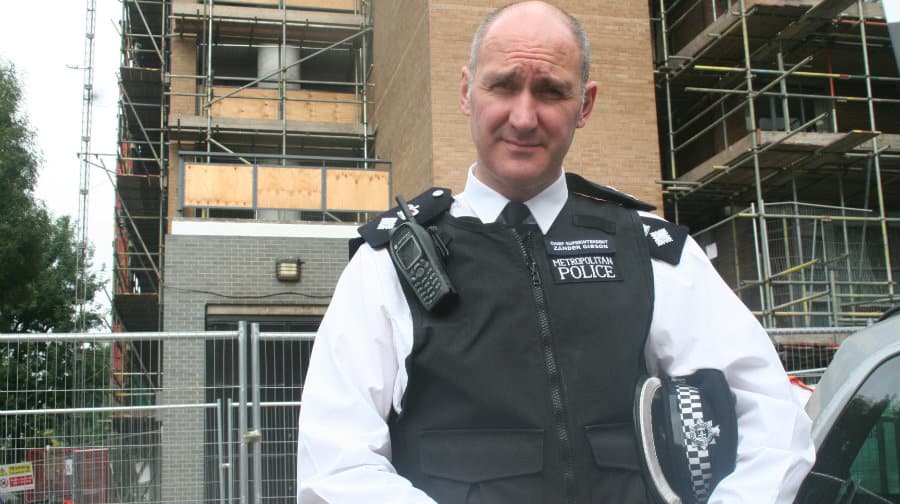 Southwark’s police boss has urged his officers to increase the number of stop and searches they carry out in the borough in the wake of a rise in knife crime across the capital.

Borough Commander Zander Gibson posted a video of himself online promoting the controversial tactic as an effective way of reducing knife crime on our streets.

In the face of public concern about racial profiling lying behind the disproportionate amount of young black men to their white peers who are stopped, Mr Gibson says he expects the use of “respectfully conducted, targeted stop and search” to increase in areas where knife crime is more prevalent.

The number of stop and searches carried out in the borough dropped by half in the last year – from 1,253 in June 2014 to 627 in June this year – after the MET Commissioner ordered improvements to make sure the practice was more “intelligence-led” and “transparent”, as public complaints came flooding in of officers unfairly targeting young men of colour at random.

Speaking to the News, Commander Gibson said: “Like other Borough Commanders responding to an increase in knife crime we do expect to see our officers use stop and search where appropriate in a fair, effective manner.”

Although there has been a reported rise in knife crime this year across England and London, it is unclear if Southwark itself has seen a similar surge.

In a News report in April on poor knife crime detection rates in the borough, a MET spokesperson said knife crime in Southwark had actually reduced by twenty percent in the previous twelve months.

Southwark Crime statistics, which do not describe the type of weapon used, show an increase of ‘woundings’ from 861 incidents in 2013-14 to 1,093 in 2014-15 while carrying an ‘offensive weapon’ remained roughly the same.

Avril Jones, co-chair of the Southwark Safer Neighbourhoods Board and independent advisor to the borough police said stop and search was “valuable” in tackling “a worrying increase of young people who are suffering as a result of knife crime.”

The young people Avril talks to at youth clubs across Southwark told her they expect to be stopped and searched but wanted officers to behave professionally and respectfully in the way they did it.

Asked if she thought racial profiling was an issue in the borough’s use of stop and search, Avril said: “I know it seems like that sometimes, but if I ever heard that I would be challenging it at a higher level. I’m pretty confident to say that isn’t happening.