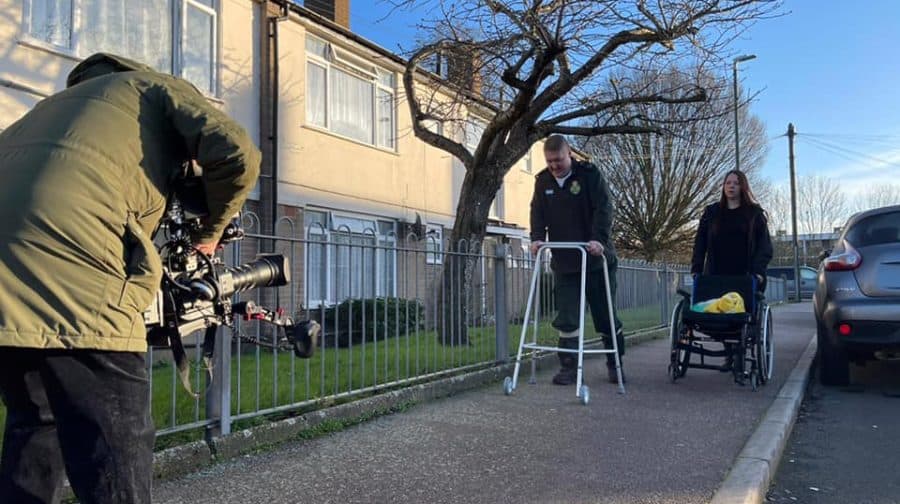 A partially paralysed man has taken to his Zimmer frame to walk a mile for the NHS – raising a stunning £39,000 so far.

Sean Ash, 39, is paralysed from the waist down as a result of a rare and severe spinal condition called Cauda Equina Syndrome.

He has very limited movement in his legs, and uses splints to help move his feet.

But despite that challenge, the Bermondsey ambulance call handler was inspired by Captain Tom to walk a mile for the London Ambulance Service’s charity.

Speaking to the News today after finishing his walk, Mr Ash said: “I was inspired by Captain Tom. His team has actually just followed me on Twitter – it’s nice to see they’ve taken an interest.

“Me and Captain Tom could have a Zimmer frame race – but he’d probably beat me!”

Sean became 90 per cent paralysed below the waist in August last year after a disk in his back slipped.

He completed the mile-long walk in two days, by walking 0.5 miles a time around the block of his home in Bexley.

The 39-year-old, who grew up on the Millpond Estate, told the News how he overcame dark days following his diagnosis.

“Because I have a heart condition, they were worried that I might not survive the surgery,” he said. “I thought let’s go for it.

“But when I woke up, I started having really dark thoughts, wishing I had not woken up from the surgery.” 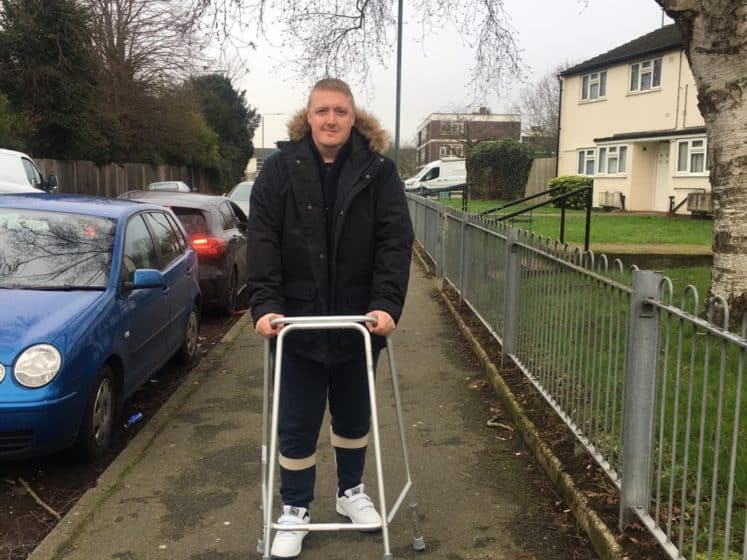 With the help of family and friends, Sean says he came through the other side – and after a horrible year, he decided to do something positive in 2021.

Previously he had only walked ten metres, but after working for the Ambulance Service and seeing how much pressure they are under, and in thanks for the care, he decided to raise money for them.

“I’ve lost close members of my family to Covid, so I thought, ‘this year has got be better’”, he said. “I just wanted to do something positive.

Explaining why he is fundraising for the LAS, he said: “The NHS is the backbone of our society. They treated me while I was in hospital. They’re all just working so hard.”

Now Sean hopes the impressive feat can help inspire others.

He said: “I just wanted to show them you can get through anything if you want to. They said I wouldn’t be able to walk, but here I am, even if it’s with a Zimmer frame.”

To donate to Sean’s fundraiser, visit this web-page here.