Simon McDermott, from Borough, is up for an award after raising £150,000 for Alzheimer’s Society in just one year 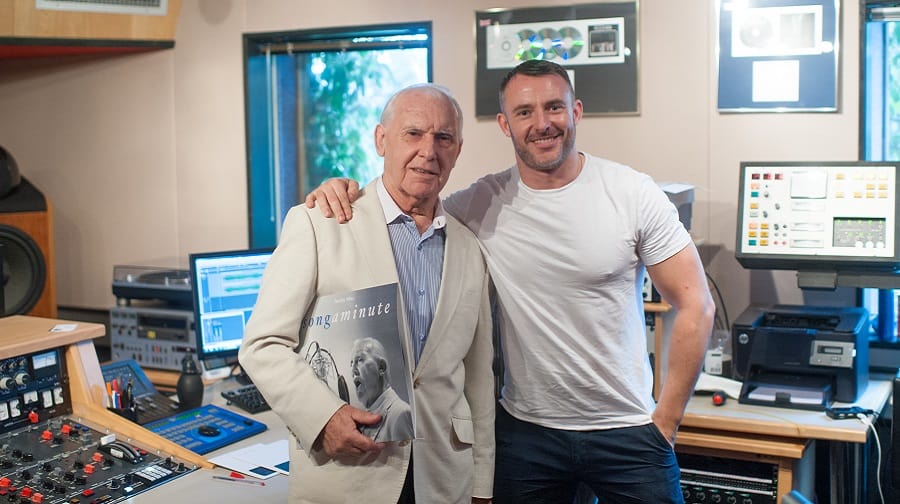 Teddy McDermott pictured with his son Simon in the studio

The son of internet sensation Songaminute Man has been listed as a finalist in the national dementia awards.

Simon McDermott, 41, from Borough, has raised £150,000 for Alzheimer’s Society over the past year through karaoke videos filmed with his dad Teddy, 81, who has dementia.

Videos of Simon and Teddy singing along to classic songs in the car have been watched by people all over the world, raising awareness and funds for the charity.

And the success of his son’s campaign even led to Teddy releasing his own album.

Simon’s has now been nominated for the fundraiser of the year (individual) prize at the Alzheimer’s Society’s Dementia Friendly Awards.

Teddy McDermott, 81, has released his own album

“Fundraising for the society has taken dad’s incredible voice to all corners of the planet –something that we could only have dreamed of in those dark days when the illness first struck.

“We were completely unprepared for what dad’s condition would throw at us but thankfully the services Alzheimer’s Society provides helped us through some awful times.”

“Songaminute is an inspiring idea that’s not only raising vital funds for the charity, but also highlighting the positive impact that listening to music and singing can have for people with dementia.”

This year there are thirteen awards across ten categories up for grabs with awards for: dementia-friendly organisation, community, partnership, dementia friends champion, innovation, young person’s contribution, journalist, and inspiring individual, as well as a new category to celebrate individual and group fundraiser of the year.

Winners will be announced at an awards ceremony in London on November 29. The full list of finalists for each category can be found online at alzheimers.org.uk