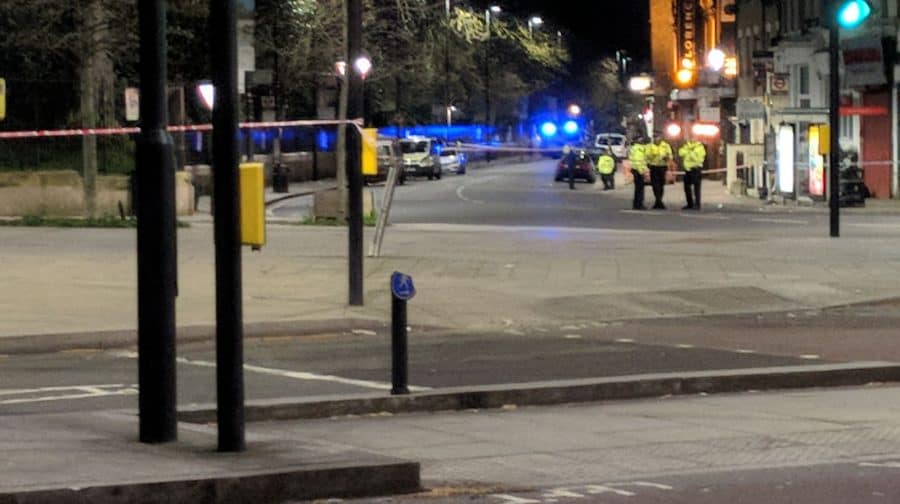 A wide area of Dulwich Road, Railton Road and Half Moon Lane appeared to be closed

The London Met is investigating after a man was found with a stab wound in Herne Hill last night.

Police were called at around 10.05pm after reports of a stabbing on Railton Road, SE24, and attended the scene with the London Ambulance Service.

The victim is believed to be in his 40s and was taken to hospital with injuries described as not life-threatening or life-changing.

Road closures were put in place and bus routes diverted, which now appear to be running a normal service.

The attack is one of a spate of seven knife attacks across the capital in 24-hours, six of whom were injured within just 90 minutes of each other.

Police say no arrests have been made and enquiries continue.