“We are worried about rat urine and the kids. If one of the children drop something and go to pick it up and it’s covered in it, they will get ill” 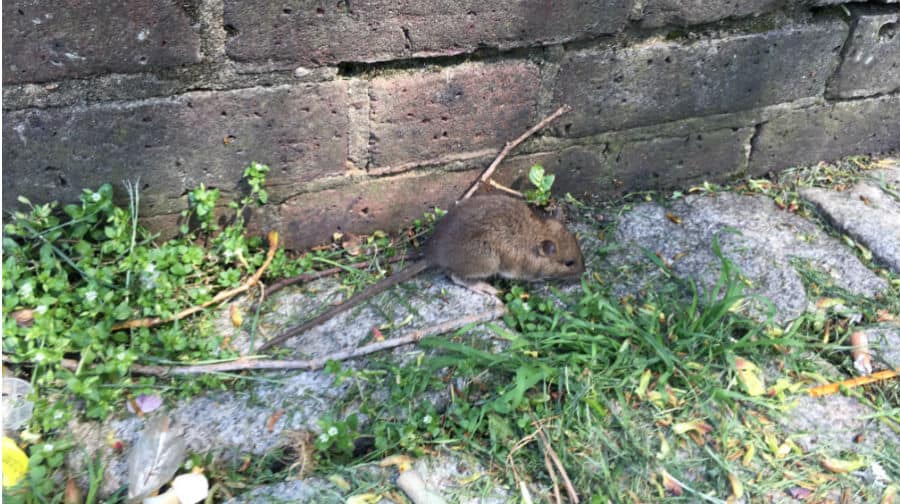 PANICKED parents have told how rats invaded a children’s football pitch in Bermondsey after gnawing a hole in the tarmac, writes Alex Yeates…

Residents watched as dozens of rats climbed out of a hole on the pitch near Spenlow House on Janeway Street, and ran around, on Friday, May 13.

Parent Candy Hazelden said: “My boy goes to the school here. I’m worried that they will get in and hurt some of the children.

“The caretaker came and saw the rats after we alerted them. The health of the children who live around here is at risk.”

Council officers were quick to the scene armed with brooms but residents claim this is part of a wider problem, with rats regularly coming out of the drains.

Sue Breen, a resident, said: “My cat sits by the drain pipe waiting for the rats. They often manage to get into some of the houses too.”

Another resident who did not wish to be named said: “We are worried about rat urine and the kids. If one of the children drop something and go to pick it up and it’s covered in it, they will get ill.”

While nearby Riverside Primary School reported that none of the rodents were seen within the school’s grounds, there is anger over the number of rats in the area.

Councillor Eliza Mann, Liberal Democrat councillor for Riverside ward, said she had seen the rats running around and described it as “disgusting”.

She said: “I’ve visited the pitch several times now and children were playing there while the hole the rats come through was not covered.

“Parents are rightly worried about their children coming into contact with rat urine on the pitch and getting ill.  That’s why notices not to enter the play areas have now been put up.”

The recent rat sightings are thought to possibly have something to do with the nearby Thames Water Tideway works, where the company is building a super-sewer.

Cllr Mann added: “It’s clear that the rats are coming up through the drains, maybe disturbed by the Thames Water tunnelling works nearby.

“That’s why I have demanded a full estate inspection to see what can be done to resolve the wider pest issues.”

A spokesperson for Tideway said it was “highly unlikely” their work is the cause but added that they would be willing to work with the local authority to investigate the issue.

Southwark Council have said they have scheduled a full site investigation to be carried out as quickly as possible.

Councillor Ian Wingfield, Southwark Council’s cabinet member for environment and public realm, said: “Our officers were called out to look into the pest issue late last week and attended immediately on Friday evening.

“We could see a full site investigation was necessary and have already scheduled this.

“This will be conducted as quickly as possible and we’ll ensure that the necessary works are carried out promptly.”