Marcus Malachi, 27, had been a patient at Lambeth Hospital before going missing 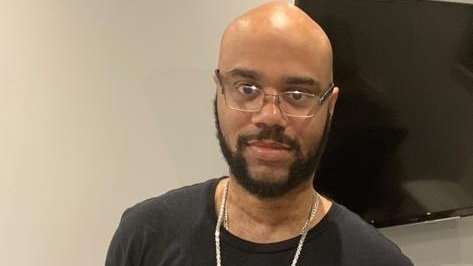 A formal investigation has been opened into a South London and Maudsley patient who sadly died at Tottenham Court Road station.

An inquest was opened into the death of Marcus Malachi by Southwark Coroner’s Court earlier this month.

Mr Malachi, 27, had been a patient at Lambeth Hospital before going missing. His death was reported on May 10.

“This gentleman’s death was reported on the tenth of May 2020, and the police indicated they had a call from the Lambeth Hospital, as a patient had gone missing from the mental health ward,” said senior coroner Andrew Harris.

“This occurred at Tottenham Court Road and the coroner for that area requested a transfer to my jurisdiction as circumstances seemed to indicate that he was under the care of a hospital under Section Two of the Mental Health Act.

“We have conducted an autopsy and that has confirmed provisionally that he died of multiple injuries as a result of being run over by a train.” The court will hear reports from the British Transport Police and the South London and Maudsley Trust as it investigates the circumstances surrounding Mr Malachi’s death, who was known as a poet.

His family have previously called for a full inquest into his ‘preventable’ death.

Speaking to ITV London, his sister Venisha Carr said: “We want answers into our brother’s care. We want accountability. There’s questions that need to be answered.

“There needs to be more involvement with families and the patients, because he actually presented himself and said that he needed help and he wasn’t listened to.”

On May 2, the 27-year-old was sectioned at the Maudsley Hospital for four days, and then was discharged against the family’s wishes, relatives said in a petition signed by more than five thousand people.

Twenty four hours after being discharged, Marcus once more admitted himself to hospital, and was transferred to Lambeth on May 8.

He was then allowed to leave on May 10, which family say they were not informed of, and was found deceased just hours later.

In response to the family’s call for a full inquest, the Trust said it wanted to extend its sincere condolences for their loss, and reassure them an inquest will take place.

“We would like to reassure everyone affected that there will be an inquest to fully understand the circumstances surrounding Mr Malachi’s death and, in addition, the Trust will hold a full and robust internal investigation,” it said.

Inquest dates have yet to be confirmed.

Samaritans can be contacted free-of-charge, any time of day or night, on 116 123.