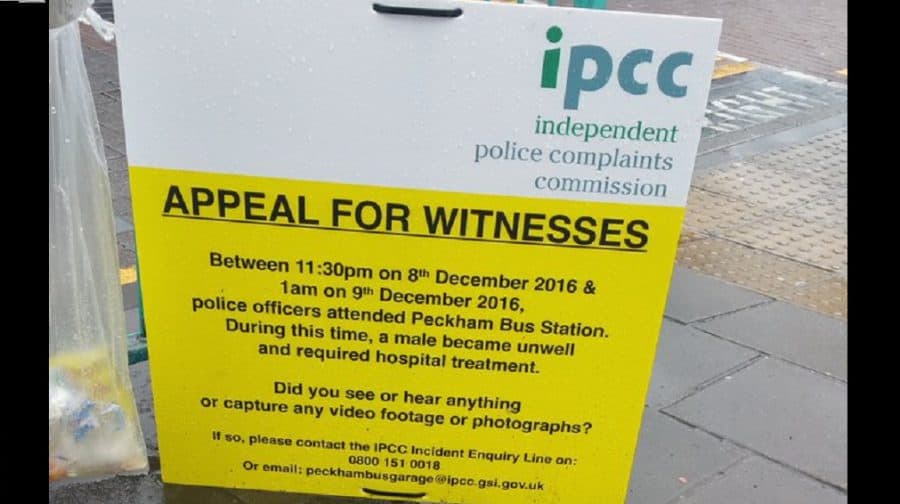 IPCC appeal board for witnesses to incident in Peckham

The Independent Police Commission (IPCC) is appealing for witnesses following the death of a 63-year-old man in Peckham in December, writes Kirsty Purnell…

The incident began on December 8 at around 11.30pm.

The man had had a cardiac arrest and died in hospital a few days later.

The IPPC, which oversees the police complaints system in England and Wales, is appealing for people who may have been in the area at the time or who may have video/picture footage of what happened.

“The IPCC has begun an independent investigation following the death of a man in Peckham, south London. The man was removed from a bus by City of London police and placed in a bus shelter. He subsequently required medical treatment for a cardiac arrest and was taken to hospital where he later died.”