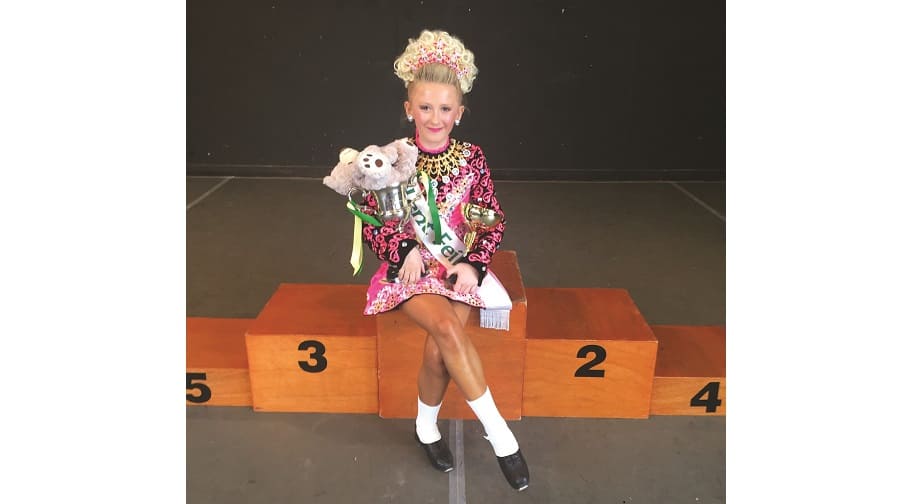 An eleven-year-old Rotherhithe girl has qualified for a place at the 2018 World Irish Dancing Championships in Glasgow, writes Emma Snaith…

The World Championships will see Maisie competing with dancers from 26 different countries. Over 14,500 dancers and supporters are expected to attend.

The young dancer’s achievement follows hot on the heels of her success in winning three titles in the last two months. She was awarded 3rd place at the European Championships in Spain and crowned the U11 Champion twice at the Solent Feis, Southampton and the McRoibin Feis, Rotherham.

Maisie only started to take lessons in Irish dancing at the age of seven at the Deborah Whelan Dance School in East Dulwich. She made quick progress  under the tuition of Deborah Whelan, a former Irish dancing World Champion and Lord of the Dance member.

Maisie’s mum, Katie Boyd, said: “Maisie is absolutely over the moon that she’s secured a place at the World Championships.  She trains five days a week, for three or four hours a night, so she’s glad all the hard work is paying off.”

“Even though Maisie sometimes misses out on things like parties for training, she loves it….She’ll do more lessons and workshops and some fitness sessions to prepare for the World Championships.”