‘It’s like winning the Lottery’: Isla Caton said to be winning battle with Neuroblastoma after positive results 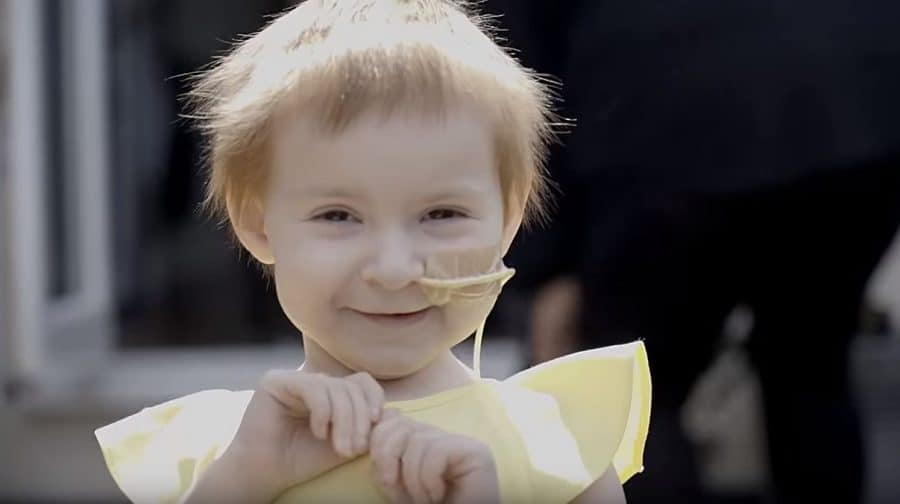 Isla Caton, the toddler battling Neuroblastoma, is said by her parents to be responding very well to treatment in Barcelona – with mum Nikki saying she feels like she has “won the lottery.”

The West Ham fan has been receiving the treatment involving chemo and an antibody combination abroad since August this year – a treatment not available in the UK – after relapsing.

The four-year-old had twelve spots of Neuroblastoma – a rare form of cancer affecting babies and small children – when she travelled to Barcelona, but now amazingly only has two spots following the treatment.

Speaking to the News from Barcelona, doting mum Nikki said: “We’ve been here for nearly three months, and have done two rounds of the treatments.

“We got the results on Friday (October 26th.)

“It’s absolutely amazing. We’re really shocked, it’s more than we had ever hoped for. However the fundraising drive is not over for little Isla, as the family still need to raise money for a vaccine trial

She added that it was the perfect birthday present for little Isla – who turned four while in the country.

Further results from the chemo and antibody treatments are expected in December.

The positive result is after only two rounds of the treatment, with a typical course expected to last six rounds.

In a statement on Facebook the family said they felt like they had “won the lottery”, thanking well-wishers for their donations and support.

They added: “Thank you all so much for praying and sending love, we are 100% convinced this makes all the difference, so now let’s get the fundraising going again strong and get the money for the vaccine and let’s beat this b*****d disease for good.”

The family are still needing to fundraise for Isla to receive treatment for an earlier relapse at the Bercelona hospital, as well as for a vaccine trial in the USA which it is hoped would prevent the disease from returning.

The youngster has already suffered two relapses despite gruelling chemotherapy.

The family, who are from Stratford, also appeared on national television last week, as part of Channel 4’s Stand Up to Cancer appeal.

An emotional video, broadcast to millions on Friday 26th October, featured Isla and her family talking about Isla’s journey with Neuroblastoma since being diagnosed in March 2017.

In the appeal, mum Nikki said: “We were pretty settled and a normal family. She was ill for about three months before she was diagnosed and our world just crumbled around us.

“We went from a happy family to just… shock. She was so unwell, and she had a tumour that grew to 22cm.”

Dad Michael added: “I remember sitting there looking at her thinking how lucky I am to have another child and another child this perfect.

“Naturally as a parent all you want to do is protect your kids but in this situation you’re helpless.”

Nikki told the News that the family had agreed to the televised appeal because they wanted to raise awareness of Neuroblastoma – a condition many are still not aware of.

She said: “Bradley Lowery shone a light on it but people still don’t know what it is. But if it [the appeal] helped someone else, then it’s done some good.”

Around £200,000 has been used for the treatment in Barcelona, while the other funds will go towards treatment for another relapse and the vaccine trial to hopefully prevent the cancer from returning.

Kind-hearted Millwall and West Ham fans who have put aside their fierce my fast weightloss are among those to fundraise for the Hammers fan.

Southwark NewsNews‘It’s like winning the Lottery’: Isla Caton said to be winning battle with Neuroblastoma after positive results