Isla Caton: Mum forced to take toddler fighting cancer to coronavirus-hit Spain to save her life 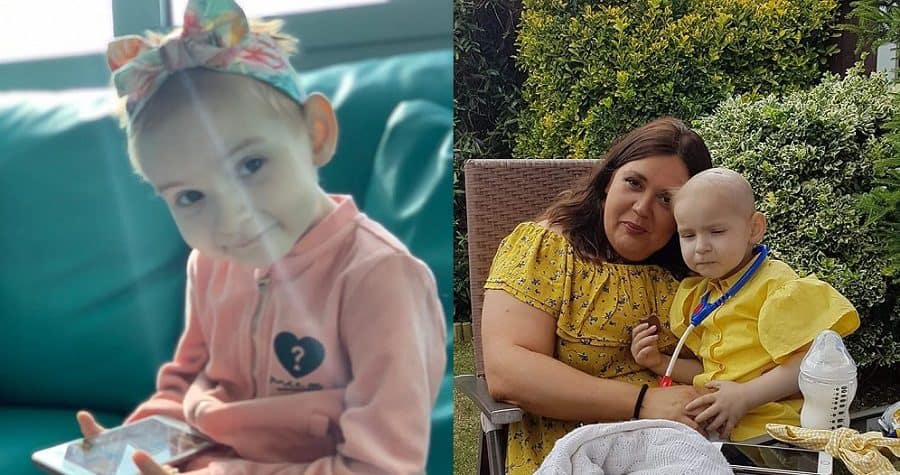 The mum of a toddler battling neuroblastoma has been forced to take her to coronavirus-hit Spain to save her life.

Isla Caton, 5, is well-known to Millwall and West Ham fans alike – as the fierce rivalry is often put aside for fans to fundraise for the little tot.

Her mum Nikki, 40, has been forced this month to go to Spain while it is under strict lockdown to continue Isla’s treatment after a relapse – or face the risk of the cancer killing her five-year-old.

She told the News that she was scared one of the family may get coronavirus, but that they had no other choice to save their daughter.

Isla has been receiving experimental private treatment at a hospital in Barcelona, which is not available on the NHS in the UK.

The treatment – partly paid for by Millwall fans fundraising for the Hammers toddler – was initially successful. But cruelly, in January a scan revealed new spots of the tumour on Isla’s arm and eyelid.

Initially, Nikki and husband Michael had planned to travel between the UK and Spain for Isla’s antibody treatments, which are one week on, three weeks off.

But the pandemic has suspended travel. And clinical trials which could have helped Isla were closed down due to the coronavirus outbreak in the UK, as they were repurposed to help find a Covid-19 vaccine, says Nikki.

On April 5, the family, who are from Hornchurch, jetted back to Spain with special permission from the consulate and now must stay there under lockdown or face Isla not being able to continue her life-saving treatment.

“I’ve not left the house since we got here unless it’s to go to the hospital,” mum Nikki said.

The dash to get to Spain before it was impossible to travel meant the family have only brought the barest essentials.

“Isla doesn’t even have any toys,” she said. “I didn’t even bring her an Easter egg. I feel so bad, but I can’t go around the shops hunting for it.

“She hasn’t even started school yet. We had a month of normality [last year] and then it was all snatched away.

“She’s been begging me to go to school, she doesn’t understand. She was really happy to get back to the UK, and she’s confused why she’s had to come back, so she’s a little upset.

“It’s such a hard thing – how do you explain it to a five year old?” After Isla’s relapse, money that would have gone towards a vaccine has now had to be spent on another round of antibody treatment.

And the ban on public gatherings has cancelled around £80,000 worth of fundraising events which would have paid for Isla’s treatment.

“It’s about eighty thousand worth of events,” says Nikki. “That’s Isla’s six months of treatment. We’ve got to find the money ourselves, because there’s nothing coming in.”

The Caton family say they are grateful to anyone who donates to the JustGiving page to pay for Isla’s treatment, even if it is just a pound.

They need to raise £150,000 again if Isla is clear after these six months of treatment and does not relapse.

“We’re so grateful for everything people do,” said Nikki. “Each pound takes us a step closer, it takes such a weight off our mind.

“And if people can’t give money, if they could come up with an idea for us to raise money that would be wonderful.

“As long as we stay healthy, that’s all that matters. As long as Isla is OK – everything else can be fixed.”

You can find a fundraiser for Isla by searching ‘Just Giving Isla Caton Treatment’.