‘It’s like a bad joke’: Southwark residents told to go to Scotland, Wales and Isle of Wight for coronavirus tests 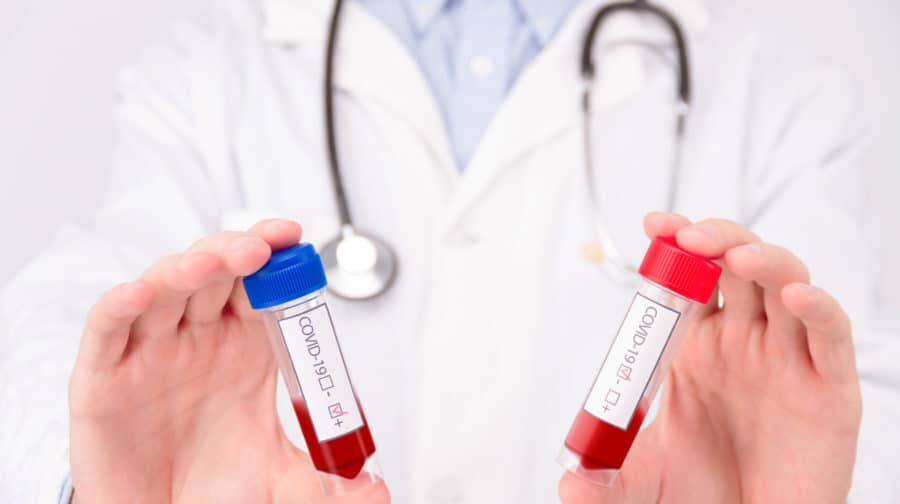 Southwark residents have been told to travel more than 450 miles to Scotland to get a coronavirus test.

Others have been told to go to drive-in or walk-in centres in the Isle of Wight, Glasgow, and Oldham, which is under heightened coronavirus restrictions.

One resident in East Dulwich was directed by the Government’s online testing tool to go to a walk-in centre in St Andrews, Scotland as the “nearest test site.”

The webpage instructs against travelling by public transport or by taxi, stating: “You can walk or cycle to the site.” The journey on foot would take nearly six days.

The case was highlighted by MP Helen Hayes, who said: “Cases are going up and testing couldn’t be more important in stopping further spread. Matt Hancock this is utterly unacceptable.”

Mum-of-two, Amelia Torode, told the News she had tried in vain to get a postal test kit for her boys, aged eight and ten, after they began experiencing symptoms.

Postal tests were unavailable throughout Monday and Tuesday. The government’s site directed the Torodes, who live in Herne Hill, to test centres in Romford, West Sussex and Oldham. “The whole system feels like a really bad joke,” said the 43-year-old. “You click on a link that says tests available, and then there’s no tests available. Then it says, ‘go to Oldham’, two hundred miles away.

“The system is broken and it’s only week one of the kids going back to school. Every kid in this term has a cold, but if you get sent home because you can’t test, you’re going to spend two weeks in lockdown for what might just be a sniffle.”

Another mum, Kirsty, said her three-year-old daughter had been offered a test in Cardiff, despite her home in Nunhead being only miles from a big testing centre at Greenwich’s O2.

After a long wait and with no home testing kits available, the family luckily managed to get a test twenty minutes away, and Kirsty’s daughter was confirmed as negative two days later.

“I however feel scared and angry. Anyone with young children could tell you that they get sick at this time of year,” said the mother-of-three.

“It was wholly predictable that as we hit autumn and schools go back there would be a surge in demand for tests.

“If things don’t improve, then at best kids will be repeatedly missing out on school time they so desperately need while waiting for tests that will eventually be negative.

“At worst, when parents are asked to battle the system and drive hundreds of miles with a sick child for the third or fourth time, they will give up [and] children who really do have Covid will be sent to school.” Bermondsey and Old Southwark MP Neil Coyle told this paper his office had been contacted by constituents who were told by the site to go to the Isle of Wight or to drive to Glasgow for a test.

“It’s ridiculous and the Government’s shambolic approach is now generating greater risk of the virus spreading faster and further,” he said.

“It’s irresponsible and incompetent and Ministers need to get a grip.”

The government has said the booking website is prioritising higher-risk areas, which means there is a shortage of booking slots at local centres in lower-risk areas.

The official responsible for testing at NHS Test and Trace, Sarah-Jane Marsh, said on Tuesday morning there was a “critical pinch-point” in labs where tests are analysed.

“Can I please offer my heartfelt apologies to anyone who cannot get a COVID test at present,” she said.

“All of our testing sites have capacity, which is why they don’t look overcrowded, it’s our laboratory processing that is the critical pinch-point. We are doing all we can to expand quickly.”

“We’ve had a problem with a couple of contracts. It’s a matter of a couple of weeks until we can get all of that sorted,” he told a committee of MPs.

He added: “We’ve already put in [place] certain solutions to ensure people don’t have to travel more than 75 miles.

“I appreciate 75 miles is far longer than you’d want to go, but the majority of tests are much closer.”

Southwark NewsNews‘It’s like a bad joke’: Southwark residents told to go to Scotland, Wales and Isle of Wight for coronavirus tests