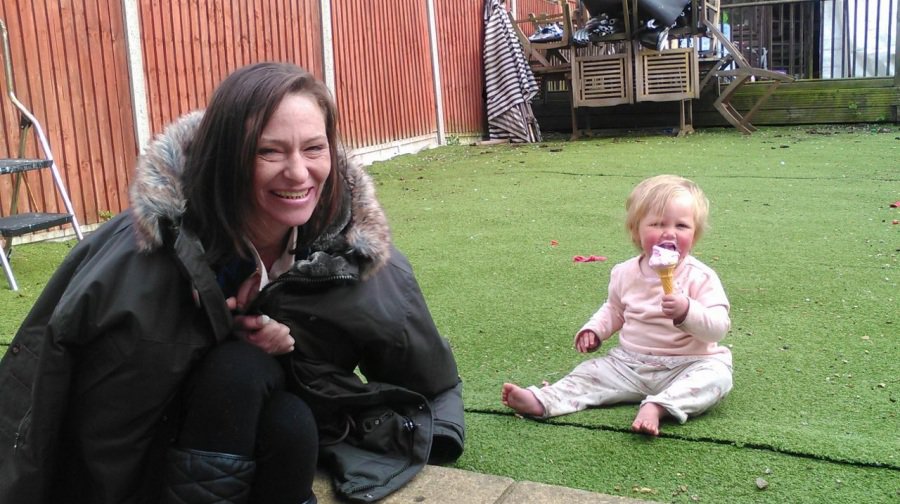 Debbie Watts will be "greatly missed" by her neighbours in Chandler Way, Peckham

Neighbours of a woman who mysteriously died in her home on Friday last week have spoken of their loss of a “lovely, free-spirited lady.”

Debbie Watts “knew everyone” and did the shopping for many of her elderly neighbours in Chandler Way, Peckham.

But when her partner of eight years, Jamie Bromfield, couldn’t get an answer from her on the phone on Friday morning, he rushed home to find she had passed away while resting on the bed with a bad toothache.

“When I came in the door I saw she hadn’t moved an inch and I knew something was wrong. Her lips were blue and she was cold,” said the tearful 49-year-old charity volunteer.

He called an ambulance but the former Sunday school teacher was pronounced dead at the scene.

“We didn’t have nothing but we had everything because we loved each other,” said Jamie, who is now trying to track down Debbie’s estranged family to let them know.

Debbie was considered the ‘black sheep’ of her apparently wealthy family and was estranged from them in her teens when she was going through a rebellious streak.

“Whatever happened when she was younger she carried that with her,” said Jamie, adding that all Debbie ever wanted “was to fit in and be accepted. She went through a lot of bad times and she was a very damaged, fragile, beautiful woman,” he added.

When Debbie fled to London in her youth, she spiralled into a life of heroin addiction and domestic abuse. But when Jamie met her she had been clean for fifteen years and has remained on prescription drugs ever since to help her battle her addiction, depression and sleeplessness.

“She had such a big heart and she was as sharp as a razor,” said Jamie. “She would help anyone.”

Debbie’s neighbour, Lucy Cope, who has known her for years said: “It’s like a light has gone out in our street. She was a lovely, free-spirited lady and she’ll be sadly missed by all of us. The whole neighbourhood is in shock.“

Jamie is awaiting the death certificate from the Coroner before Debbie’s funeral can be arranged.