Residents repeatedly alerted the council who assured them it was being fixed but, weeks later, their teeth were still chattering. 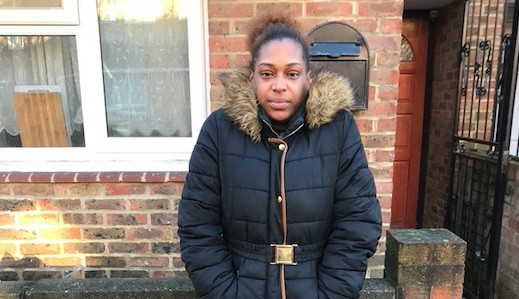 Renah Hall is worried about her 58-year-old mum.

Residents of a Kennington housing estate were left shivering over Christmas after their heating repeatedly failed, forcing them to wash using kettles, pans and buckets, writes Herbie Russell…

Newington Estate’s heating stopped on Boxing Day, returned on December 31, before breaking again for ten days, a period when temperatures dropped to -2 degrees.

The heating has been back on since Wednesday 12 January but, having experienced these problems for years, residents fear it will break again.

Emel Ergun, 65, cares for her disabled sister, 58, who has lived on the estate for 40 years. She said: “I’m about to give her the first proper bath she’s had in three weeks.

“I’ve been heating pans of water on the gas stove, pouring it into buckets and washing her with a jug.”

Emel’s mother, who lived on the estate, passed away in March 2021 and, in the last year of her life, was kept warm using portable heaters.

Residents repeatedly alerted the council who assured them it was being fixed but, weeks later, their teeth were still chattering.

Renah Hall, 31-years-old, worries about her 58-year-old mum who suffers from health problems and also lives on the estate. She said: “My mother has been complaining for months.

“It’s hard and stressful because when it’s cold it feels like you’re outside, even when you’re inside!

“It makes you think how cruel the world is.”

Emel said residents were due to have a meeting about the issues on December 15, in the Tenant’s Hall. Due to covid, it was conducted through Zoom instead.

She worries that Zoom meetings exclude people who don’t have computer access, those most likely to be elderly or vulnerable. 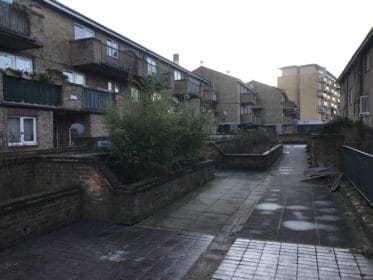 “Last year we paid over £1,300 on heating and hot water charges. Yet the service gets worse every year.

Although the bulk of residents say their heating has returned, some say they are still without hot water.

The News have previously reported on the council plans to install renewable heat pumps on the Newington estate as alternative to the much troubled district heating system, which has caused problems across the borough.

Asylum seeker children in Borough hotel left shivering, in the dark and without running water

Southwark NewsNews“It’s like we’re back in the 1950s!”: Kennington residents go without heating for over a week