Isaac Aganozor suffers from leukaemia and was told by Bart’s Hospital, Smithfield that his brother is a match for a vital bone marrow transplant 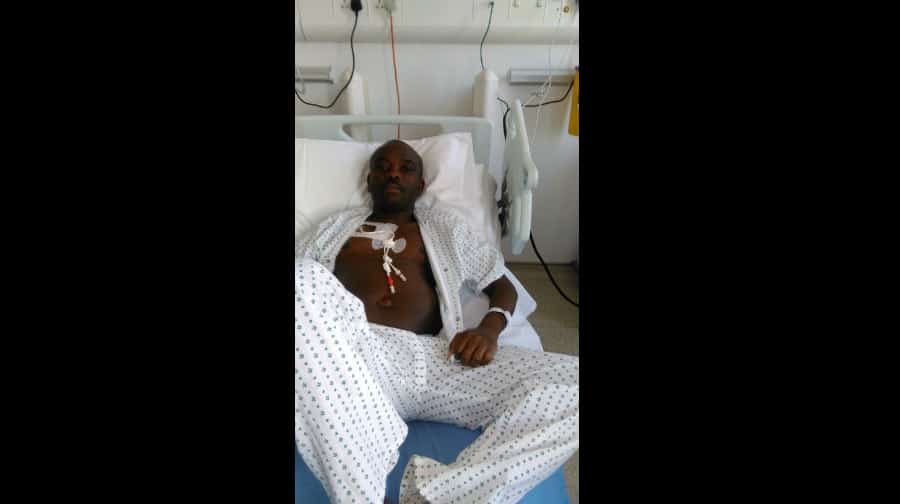 The Nigerian brother of an Dulwich College caretaker fighting for his life, has had his visa approved by the Home Office, after they originally denied him entry to the UK to give a bone marrow transplant.

Isaac Aganozor, 44, of Sydenham Hill, suffers from leukaemia and was told by Bart’s Hospital, Smithfield that his brother, Patrick, is a match for a vital bone marrow transplant.

But Patrick’s visa application was originally denied on economic grounds as the Home Office wasn’t convinced he would return home after the transplant.

The refusal sparked outrage and Helen Hayes, the Labour MP for Dulwich and West Norwood, and Dulwich College mounted pressure on the Home Office to reconsider.

The Home Office has now accepted Patrick’s application and he will be with Isaac on June 18, with flights paid for by Dulwich College and preparation for a transplant starting as soon as possible.

Isaac told the News: “The Home Office has decided to grant him [Patrick] permission to come to the UK and he will be here on the weekend.

“I am very happy. The Home Office has decided to show compassion for me and I am very grateful.”

The Home Office’s decision to grant Patrick permission came after an immigration lawyer was hired by Isaac’s employer and MP Helen raised his case with ministers. Ms Hayes said: “I am extremely relieved that the Home Office has shown flexibility and compassion in relation to Patrick Aganozor who can now come to the UK to act as a bone marrow donor for his brother Isaac.

“The review of their decision is an excellent outcome. I wish Isaac and Patrick all the very best for a successful stem cell transplant and a swift recovery for Isaac.”