The victim's condition is not yet known 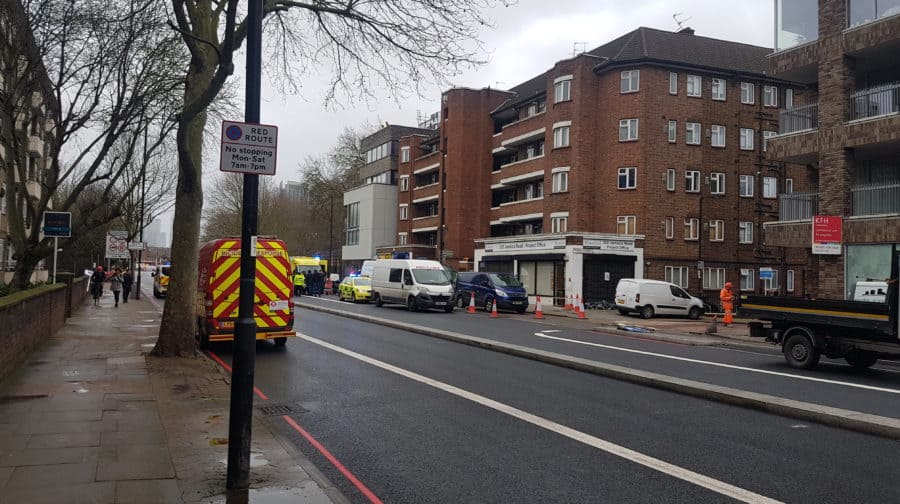 A cyclist has been injured in a rush hour incident on Bermondsey’s Jamaica Road this morning according to police, which is currently undergoing major works to construct a segregated cycle route.

The man’s injuries are not yet known, but he has been taken to hospital. The road has been closed westbound with the junction of Southwark Park Road while emergency services are on the scene.

Both police and ambulance services are in attendance.

? COLLISION ? A200 Jamaica Road at the junction of Southwark Park Road – The westbound road is closed due to a collision. Traffic is slow on approach.

At this early stage, officers say that  it appears the cyclist fell off his bike, and no vehicles were involved in the incident.

An air ambulance also reportedly landed nearby in Southwark Park to deal with the incident, which happened at 9.05am.

“London Ambulance Service attended and the cyclist, a man, no further details, has been taken to hospital for treatment; condition awaits,” said a police spokesman.

“At this early stage it appears the cyclist fell off his bike and no other vehicles were involved although enquiries into the circumstances remain ongoing.”

The Bermondsey road is currently undergoing major construction work as part of the Cycleway 4 route, due to be completed in April. The works will see the road become a segregated cycle route.

This article will be updated with more details as we have them.