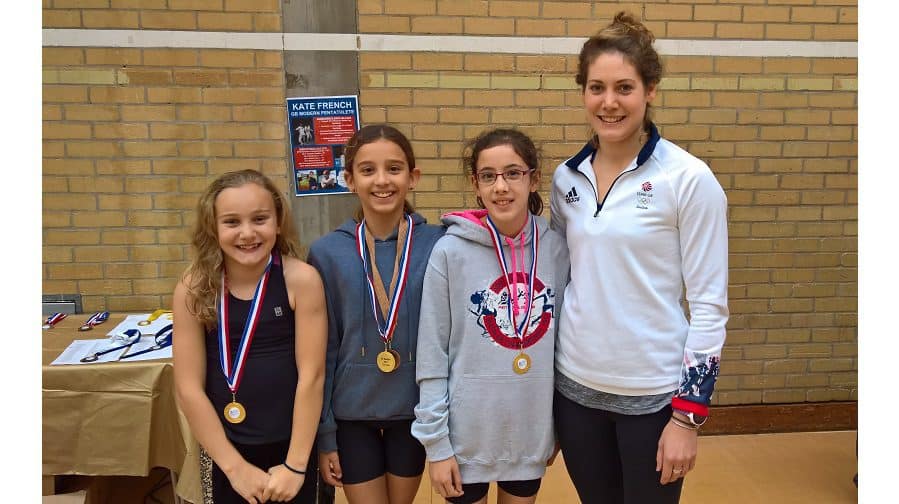 Pupils from East Dulwich were presented with three gold medals by Olympian Kate French after storming their way through the first regional heats of the National Biathlon Championships, Katherine Johnston writes…

Biathletes from James Allen’s Girls’ School competed with schools across the south east in the regional qualifying round. Each race is made up of a 50 metre swim and 800 metre run.

Sophia Sahai, who won gold in the under-10 race, said: “I was really nervous as it was my first regional.

“I was ecstatic to find out I had won the under-10s and so proud to win team gold with my team mates and best friends, Margaret and Anna.”

Ivana Tymczyszyn from the senior school, won bronze in the under-12 individual race. She was one of three girls from the school to make it to the top ten.

Ivana was also part of the gold medal winning under-12 team with teammates Hannah Sawyer and Erin Cox.

The National Championships will be held in March 2018.