Last week Corbyn said claims of anti-Semitism, detailed in a new report from the equalities watchdog, were 'overstated', later describing the backlash as 'political intervention' 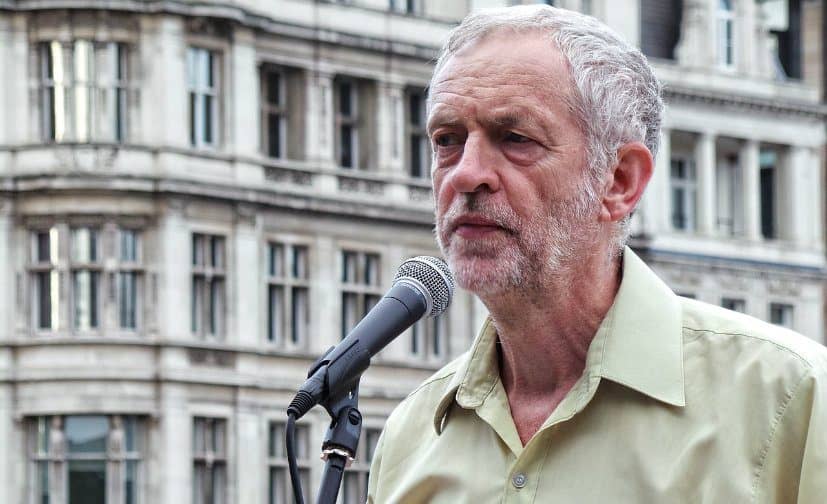 Harriet Harman and Neil Coyle have backed the decision to suspend Jeremy Corbyn from the Labour party over his response to an anti-Semitism investigation, while Helen Hayes has so far declined to address the action taken against the former Labour leader.

Last week Corbyn said claims of anti-Semitism, detailed in a new report from the equalities watchdog, were ‘overstated’.

After subsequently being suspended from the party, he went on to describe the backlash as ‘political intervention’.

The report, published last week by the Equality and Human Rights Commission, highlights ‘serious failings’ in Labour’s approach during Corbyn’s tenure, and described its complaints process as ‘inadequate’.

On Thursday, October 29, shortly after the party announced its decision, Harman – who has twice been Labour’s interim leader – tweeted: “This is the right thing to do. If you say that  anti-Semitism is exaggerated for factional reasons you minimise it and are, as Keir Starmer says, part of the problem.”

The Camberwell and Peckham MP did not join Corbyn on the campaign trial during last year’s general election and, in 2016 after a motion of no confidence in Corbyn as leader, she warned that that if he continued leading the party he would “be responsible for damage to the party on the gravest scale”.

Neil Coyle had backed Jess Phillips as Labour’s new leader in last year’s contest but has been impressed with Starmer’s tenure so far.

Coyle has since attempted to draw a line under the infighting afflicting the party – including his own constituency.

“Today’s response shows real leadership and I hope builds bridges again with the Jewish community who we should all be focused on, not the cranks who caused the damage. New, strong, bold, healing leadership,” Coyle said.

He added: “The Party has taken a firm stand and is moving on. It needed to happen to rebuild our reputation.

“No attempts at bullying will change that now. We are the better for it.

“If anyone is unhappy with rules applying to all members equally then perhaps Labour was never really for them.”

Not commenting on Corbyn’s suspension, Helen Hayes tweeted: “The conclusions of the independent Equalities and Human Rights Commission investigation are deeply shameful and sobering.  It is right that the recommendations are accepted and implemented in full so that the Labour Party can begin to rebuild the trust of British Jews.”

Hayes has often walked a fine line between making her feelings clear without directly criticising Corbyn or his supporters.

A request from the News to confirm whether or not she supported Corbyn’s suspension did not receive a reply.

Meanwhile, Southwark Momentum is mobilising in support of Corbyn, arguing his suspension is an example of the ‘lurid factional warfare’ miring the party and the ‘unfit structures’ that led to the party’s failures to tackle anti-Semitism.

In a statement provided to the News, a spokesperson said: “Southwark Momentum stands in unreserved solidarity with Britain’s Jewish communities, which have been appallingly let down by the institutions of the Labour Party.

“In the wake of the EHRC report’s release, Labour should be soberly addressing its failures on antisemitism, and that vital ant-iracist struggle should be the focus of the party and its members. Instead, the party leadership has mired us in more lurid factional warfare with the unjust suspension of Jeremy Corbyn.

“Keir Starmer’s claim to have made the ‘difficult decision’ to suspend Corbyn suggests an egregious political interference in Labour’s disciplinary processes, of the sort the EHRC itself cited as one of Labour’s key failings.

“This politicised suspension demonstrates that the Labour Party’s institutions remain unfit for purpose.

“We call for the summary suspension of Jeremy Corbyn to be dropped and the proper process to be adopted in relation to all complaints.”

Corbyn’s statement had been issued shortly before Keir Starmer gave a press conference describing the report’s publication as a ‘day of shame’ for the party and vowing to fully implement all its recommendations.

Soon after, a party spokesperson issued the following statement: “In light of his comments made today and his failure to retract them subsequently, the Labour party has suspended Jeremy Corbyn pending investigation. He has also had the whip removed from the parliamentary Labour party.”