Small charities are struggling with fundraising during the pandemic 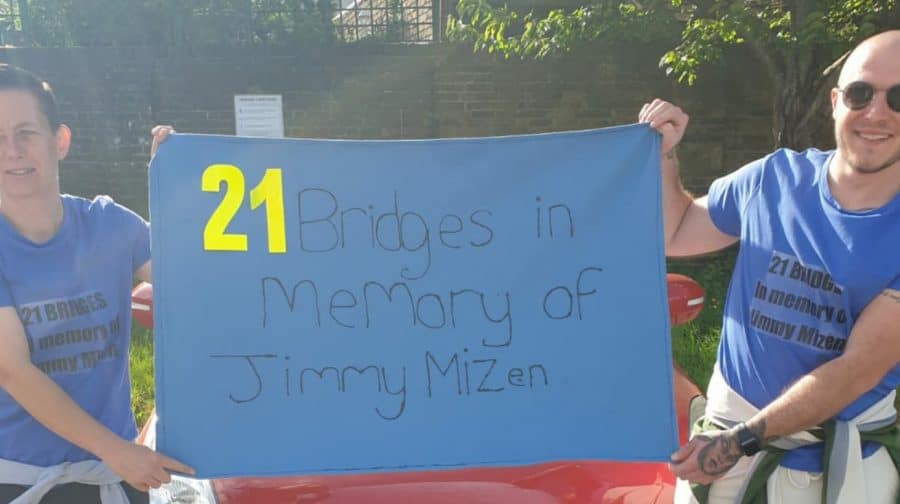 Kelly during the sponsored walk

More than £1,000 has been raised with a socially distanced walk in memory of murdered teen, Jimmy Mizen.

An annual sponsored walk, called 21 Bridges, has been held in popular Jimmy’s name since 2013, on what would have been his 21st birthday.

The keen Millwall fan was murdered following an altercation in a Lee bakery, aged just sixteen.

However, this year the event couldn’t go ahead as planned due to the pandemic – until a Millwall Lioness decided to do the 30-mile walk herself to raise money for a small charity which educates youngsters on knife crime.

“A lot of smaller charities are suffering right now, because they can’t hold events for fundraising,” said Kelly Webster, who played in goal for the Lionesses last season.

“But I didn’t want it to miss a year, I wanted to be able to say it’s been held every single year.” Jimmy was murdered during an altercation aged just sixteen

For her socially distant sponsored walk on Saturday, Kelly began in Richmond, before following the path of the river to end up at the finishing line at Tower Bridge.

She was joined by her friend, Jamie Chapman, for the walk, who is the older brother of Millwall mascot, Harvey Brown.

The run-up to Saturday’s mammoth walk was not without difficulties, says Kelly, who lives in Bermondsey.

A t-shirt company had been due to deliver printed tees for the walk, and couldn’t, meaning Kelly’s partner was forced to make them at home.

“Everything seemed to be a barrier, but we didn’t let it bother us,” said the 43-year-old.

“It’s a very good charity, they do a lot of work in the community. They go into schools, I think a lot of kids listen to the story of what happened to Jimmy and I think it really affects them.”

Jimmy’s parents, Margaret and Barry, have been overjoyed  with the reaction from kind-hearted supporters, says Kelly.

And Jimmy’s older brother, George Mizen, even helped by printing out route cards for the pair to follow during their walk.

“Barry and Margeret met us along the route, I was overwhelmed by the end,” said Kelly. “It did really help, me and Jamie were in agony by the end.”

To find out more details about the sponsored walk, you can visit Kelly’s fundraising page here.

More details about the Mizen Foundation can be found on their website, here.