Refusing to hang up his gloves, jimmy’s defied professional opinion by qualifying for the prestigious Queensbury fight 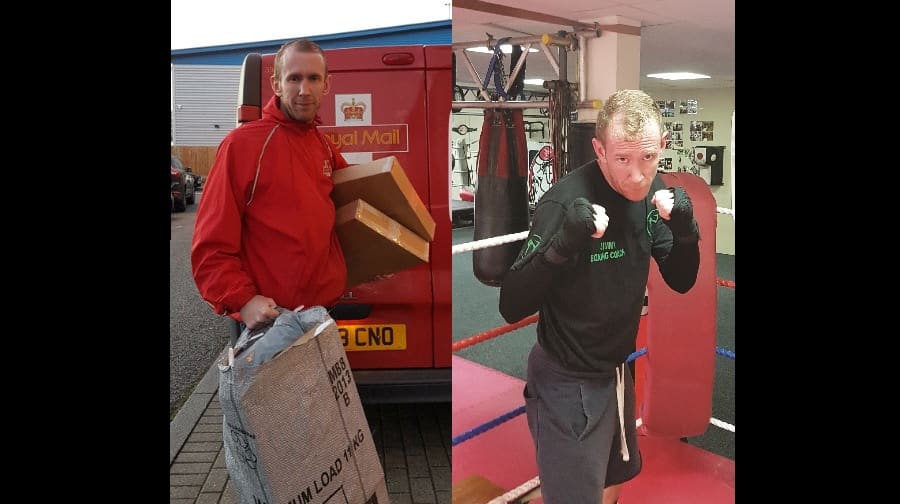 After being told he’d never box again, a Bermondsey postman is gearing up for the first semi-professional fight of his life in the Queensbury Boxing League this weekend, writes Kirsty Purnell…

Jimmy Haughney, 38, was told by doctors that his sporting days were over after sustaining a pelvis injury in a football match four years ago.

Refusing to hang up his gloves, he’s defied professional opinion by qualifying for the prestigious Queensbury fight on December 3, which will be televised on Eurosport.

“I didn’t believe the doctor when he told me I wouldn’t box again,” said Jimmy, “I just carried on.”

In the two years after the injury, Jimmy underwent physiotherapy and a “slow training” plan before taking an 18-month hiatus from the sport, between February 2015 and August 2016. Now, he can “train with no pain.”

“The latest scans on my pelvis have come back clear. I’m in the best shape of my life,” he said.

As he gears up for his fight against Croydon’s Steve Albone, Jimmy’s days are gruelling. His twice daily training plan includes a 3-mile run and up to 40 sets of boxing exercises, including sparring, bags and skipping – all interspersed with his 7-hour daily post round in Greenwich.

“My colleagues all think I’m mad,” he said, “I’ve lost two stone training for this. It’s a tough sport and the training requirements are very high. Plus I’m 38 years old!”

Jimmy, has been boxing for 25 years and started his amateur career at the Fisher Club. He threw the towel in on the amateur game eight years ago – and it was all down to David Haye.

“I was boxing at a Fisher Show. The last fight of the evening ended up being David Haye’s as he broke his opponent’s jaw,” he said. “When it was my turn to fight, we got in the ring, touched gloves and then there was a tap on the shoulder.”

“You can’t do that to fighters,” said Jimmy, “We work so hard to train, to get ready for the day. I just thought, this isn’t for me anymore, they aren’t looking after boxers in the amateur game. I fell out of love with it,” he said.

Jimmy’s love for the sport endured though and he gained his coaching qualifications. He now trains kids and adults at Nemesis Academy in Erith.

When the opportunity to box in Saturday’s match came up, he couldn’t turn it down. “I’m too old to go pro now but to get TV coverage at 38 years old is a dream,” he said, “it makes you feel special.”