Jo Cox tribute: Southwark’s MPs pay respect to a “very special” and “fearless” person on a “horrible day for democracy” 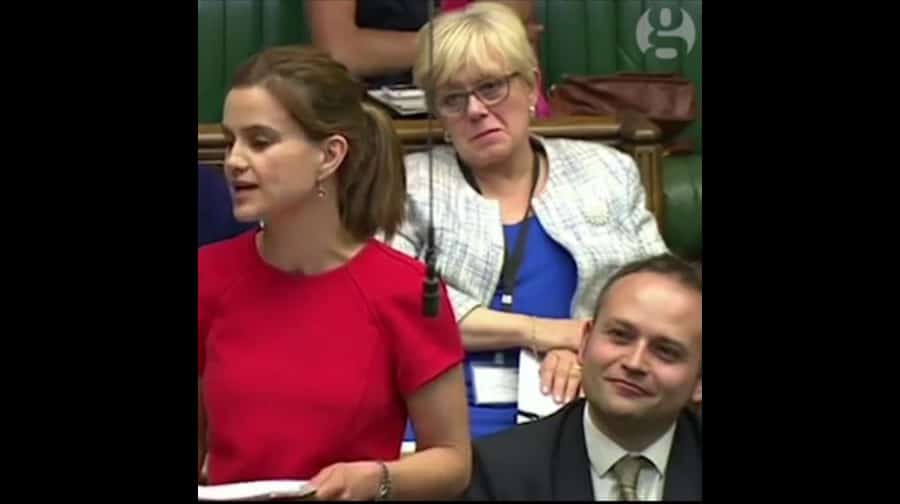 Southwark’s Members of Parliament have all paid tribute to Labour MP Jo Cox after she was killed in a shooting and stabbing attack in Birstall, West Yorkshire yesterday.

Helen Hayes, MP for Dulwich and West Norwood, is the latest to pay her respects calling her a “very special person” who made “everyone feel welcome and valued”.

MP Helen said: “I first met Jo a few weeks before the 2015 general election at an event that had been organised for Labour Party candidates.  Jo was almost exactly the same age as me, we both had young children and we were both entering Parliament at the same time.  After the election we sat together on the Communities and Local Government Select Committee.  Jo was a very special person.

“She was warm and friendly, she made everyone feel welcome and valued.  She was genuinely interested in everyone’s views and perspectives and she always had something positive to say.  Her friendship made all the difference to me as a new MP navigating Parliament for the first time.  More than this, Jo was a politician of passion and principle.

“She had worked all over the world in international aid, in some of the toughest environments, and she used that experience to speak with authority and wisdom about Syria and international development.  She was deeply proud to represent her home constituency of Batley and Spen, she cared about fairness in her community, and she was a fantastic representative for all her constituents, whatever their background or circumstances.

“She was an adventurer, who having lived all over the world, chose to settle in a houseboat on the Thames.

“Jo was also a mum to two beautiful, very young children.  She always referred to them as ‘my babies’ and she would dash home as often as she could in the early evening to put them to bed before returning to Parliament to vote.

“It is unbearably sad that they will now grow up without their mummy.  My thoughts are with Jo’s husband Brendan, her parents and her babies. Jo cannot be brought back, but they will know that she has touched many lives in her life and now in her tragic death, they will know that she was loved and respected by all that knew her, and that she lived her life to the full, seeking to make a difference and to create a fairer, kinder world.

“Jo’s memory will live on through her family, through the lives that she touched and the difference she made.”

Jo, 41, the Labour MP for Batley and Spen, was attacked by a man who allegedly shouted “Britain first” on Thursday afternoon.

The man was arrested nearby and Jo died from stab and bullet wounds.

The News previously reported how both Harriet Harman, MP for Camberwell and Peckham, and Neil Coyle, MP for Bermondsey and Old Southwark, honoured Jo.

MP Neil, who joined parliament at the same time as Jo and was a close friend, told the News that the attack was a “horrible day for democracy”.

He said: “A truly grim day. Jo was a real gem – always a ready smile, a bundle of energy and a clear mind for what she was seeking to achieve.

“Despite her five foot stature she was also a formidable force and to think of her struggling with a man armed with a gun and foot long blade is so desperately sad – made much more so by the thought of her husband and young children losing their loved one.

“A horrible day for democracy.”

MP Neil attended a service today at Southwark Cathedral to pay his respects to Jo with a tribute and the lighting of a candle.

MP Harriet said: “Jo’s death is an absolute tragedy. She was dynamic and fearless. Elected only a year ago she was a beacon among the new generation of young Labour women MPs. So full of promise for the future, so committed to progressive politics.

“Jo’s politics were always about bringing people together and never about creating divisions. She put into practice her belief that politicians must be amongst the people they represent and she was, in every town, village and community in her constituency.

“We were immensely proud of her and are devastated by her loss. Her children will now have to grow up without their mother but we will make sure that they know what an amazing, progressive and principled politician their mother was and how much we admired her. My deepest sympathy goes to Brendan and to Jo’s family.”