'Joel was like the sunshine after rain. There will always be a hole in our hearts.' 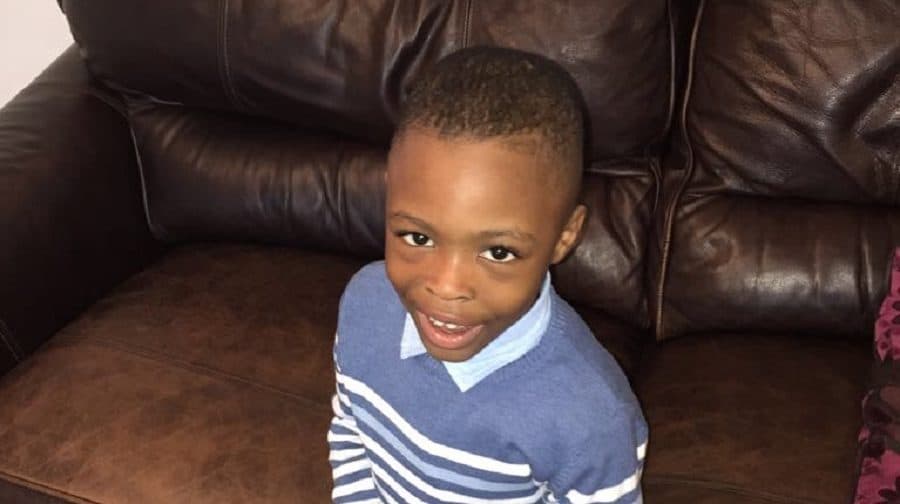 Little Joel Urhie was killed in an arson attack at his family home in Deptford - and one year one, police are renewing an appeal to find his killer(s)

Moving tributes have been paid to murdered seven-year-old Joel Urhie as detectives renewed an appeal for information a year after he was killed in an arson attack on his family home in Deptford.

Yesterday detectives launched a renewed bid to track down Joel’s killer or killers, a year to the day he died in a fire in Adolphus Street.

Police believe the blaze was caused by a burning item pushed through the letterbox.

Joel’s body was found by emergency services in an upstairs bedroom he shared with his mother, and had injuries ‘consistent with fire and smoke inhalation.’

The seven-year-old’s mother and older sister, who were also upstairs at the property, managed to escape the fire by jumping from first-floor windows.

“Joel was the sweetest most caring little boy you could ever meet. He was so intelligent and always curious to learn new things,” said his mother, Efe.

“His smile and laugh would light up a room and he was so full of life and energy.” Joel was killed in an arson attack on his home in Deptford’s Adolphus Street (Pictured) Image: Google Maps

His cousin Tega Majoroh added: “Joel was like the sunshine after rain. There are so many memories that I will always treasure – and there will always be a hole in our hearts.”

Officers have urged anyone with information about the ‘callous’ attack on the ‘innocent’ little boy to come forward.

“I do want to remind anyone with information that we are dealing with the death of an innocent seven-year-old child.

“He should have been able to sleep safely with his mother, but instead he died at a tragically young age due to a callous attack which was doubtless motivated by factors far behind the comprehension of any young child.

“There are people out there who know exactly what went on and who is responsible for Joel’s death. I need them to call me now.”

The charity Crimestoppers is also offering a £10,000 reward for information they receive anonymously which leads to the arrest of those responsible for the seven-year-old’s murder.

A fire service investigation indicated that an accelerant was used on the front door of the house before the attack, which had led to an appeal about a man buying petrol.

He has now been eliminated from enquiries, Scotland Yard said, but other lines of enquiry are being pursued. Detectives said they also could not rule in or out any particular motive for the attack.

Anyone with information can contact the dedicated incident room on 020 8345 3715.