Patti Birks has traced her family history all the way back to John Harvard, who left Southwark in 1637 to found Harvard University 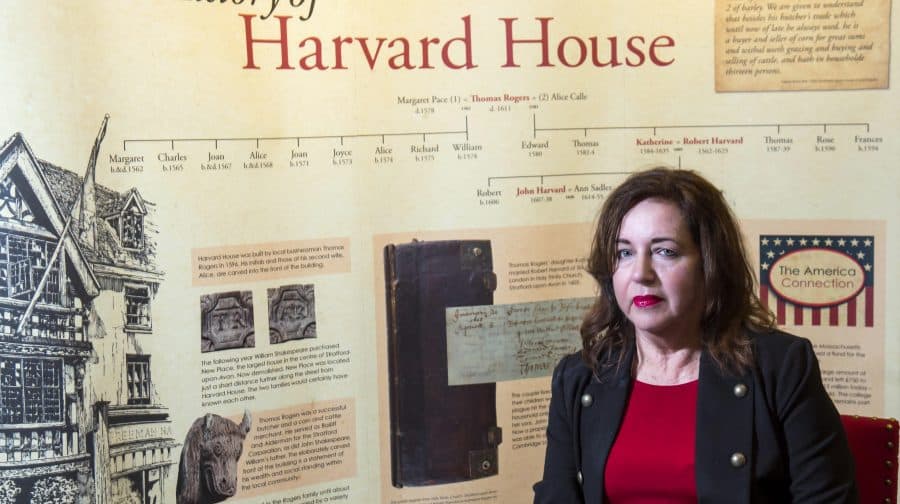 A direct descendant of John Harvard, the Southwark clergyman who founded America’s oldest university, is to give a talk at the library named after him.

Patti Birks, who is from West Hampton, New York, will give a talk at the John Harvard Library on Borough High Street tomorrow, from 2-5pm.

The talk will detail how Ms Birks traced her family history back to the clergyman, who is credited as being one of the founders of the world-famous university.

John Harvard was baptised in the parish at St Saviours in what is now Southwark Cathedral before leaving for Massachusetts in 1637.

Ms Birks first discovered her historic family connections in 2015, and travelled to the UK to tour sites related to John Harvard – as well as family friend, William Shakespeare.

She told the News: “I’m hoping to share the information of how I found all this out, show my BBC video. It’s about John Harvard, my father, John Rogers, Stratford-upon-Avon and Shakespeare.”

Shakespeare was reportedly a family friend of Harvard’s and was also a parishioner of St Saviour’s.

Patti, who is 68, has been certified by the Shakespeare Birthplace Trust in Stratford-upon-Avon, as being a direct relative of John Harvard’s.

Ms Birks added: “That my father would survive a death march and being in a Japanese prisoner-of-war camp for me to be born and to find all of this out.

Ms Birks father fought in the Second World War and was interned in a Japanese prisoner of war camp.

He survived the infamous Bataan death march in 1942 and is featured in a historic photo of the event sold at the Imperial War Museum, said Ms Birks.

The real estate worker is also due to spend her Thanksgiving in the historic Mayflower pub – which takes its name from the ship which set off from Rotherhithe to America in 1620.