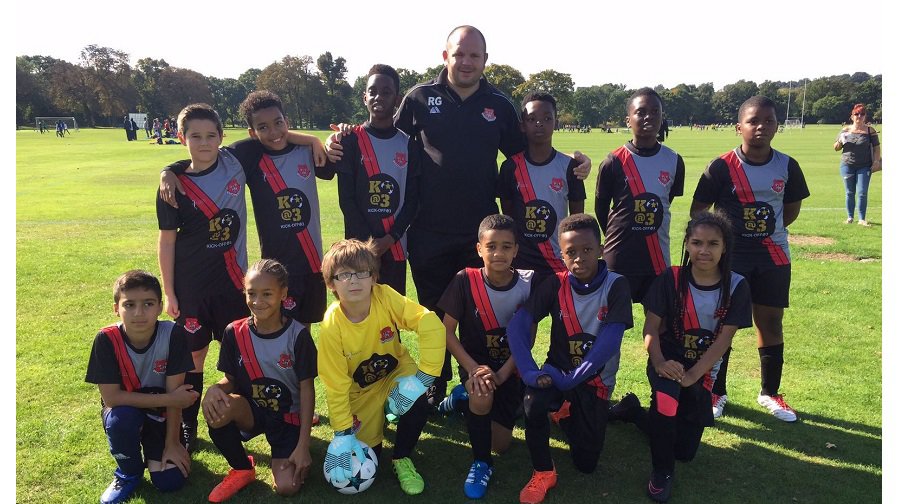 Kids’ footy teams are being invited to a huge tournament at Burgess Park, to raise money for a young lad who needs expensive surgery to help him walk.

The big kick-about on October 25 is being organised by Borough man Ricky Graham, the founder and coach of Walworth Wanderers football club.

Walworth Wanderers have “about 85 kids” who turn up every Thursday for training from 5:30pm to 7pm.

The tournament will raise money to benefit six-year-old Andy who has cerebral palsy, and is the son of Ricky’s friend Michael Wallace – the co-founder of charity ‘Kick Off at 3’.

Andy is an outpatient at Great Ormond Street Hospital, and the money raised will help pay for a £60,000 operation to ease the tightness in his leg muscles and enable him to walk.

Ricky, from Borough, told the News: “The tournament is all about ‘Andy’s Wish to Walk’, and we still looking for teams to join up who are under the age of twelve.

“You can turn up and pay the team entry-fee of £30 on arrival. All the money raised will go to help Andy.”

Docklands U12s, two teams from Walworth Wanderers, and a team from Barnett are among those who have confirmed their attendance.

Kicks-off for the first games at the Burgess Park astroturf pitches in Longcroft Road will be at 10am, and the tournament continues until 5pm. Contact Ricky on walworthwanderers@gmail.com for more information.