As his killers were sentenced to life, a friend of popular SJ shouted: “I hope you go to hell and burn to ashes.” 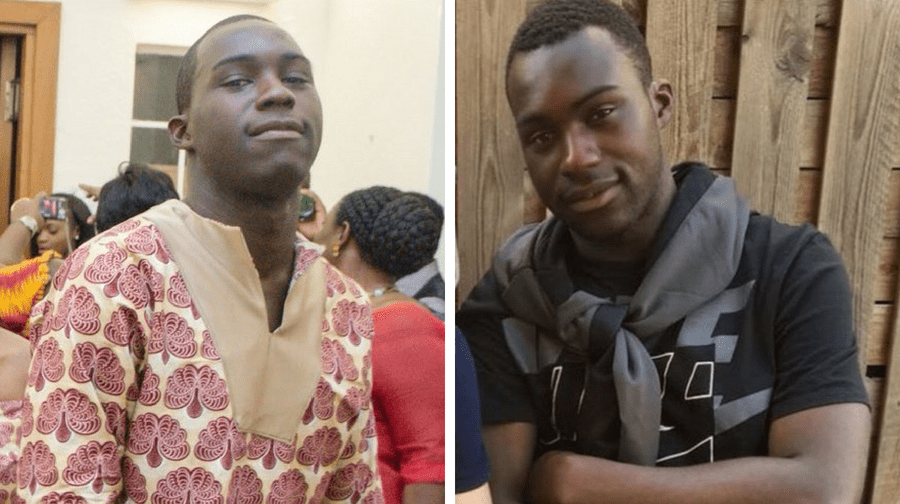 Joshua Boadu’s killers were told to ‘burn in hell’ as they were jailed for life today for his ‘senseless’ murder.

Denilson Davis, 21, and a 16-year-old boy who cannot be named, were sentenced after Joshua Boadu, 23, was knifed in the chest in Bermondsey on June 11 last year and sped away from the scene.

Last week the pair were convicted of murder following a trial at the Old Bailey.

A third man, nineteen-year-old Matthew Adebiyi is being sought by police after fleeing to Nigeria following the broad daylight stabbing of popular Joshua, known as SJ.

As Davis and the youth were jailed today, a friend of Mr Boadu’s screamed out from the public gallery of the Old Bailey: “I hope you go to hell and burn to ashes.”

But the nonchalant 16-year-old killer could be seen yawning and combing his hair as he appeared in court via video-link from HM Cookham Wood in Kent for the sentencing.

Judge Mark Lucraft QC jailed the pair for life for Joshua’s murder, for which police have never been able to establish a motive. Killer Denilson Davis was found guilty of Joshua’s murder, alongside a 16-year-old who can’t be named

The trial heard how Davis drove to the scene in a Peugeot on Bermondsey’s Linsey Street with the sixteen-year-old as his passenger.

SJ was seen on CCTV cameras cycling across Linsey Street at 6.11pm, walking back across the road two minutes later, before disappearing from view at 6.14pm.

Just minutes later he had been stabbed and was seen on camera running towards Lucey Way.

At the same time the Peugeot could be seen driving out of Linsey Street and away from the scene.

Witnesses described seeing SJ pushed up against a parked car and being surrounded by three men, all of whom began attacking him. One then produced a knife and stabbed him. One of the trio was wearing a distinctive blue tracksuit, matching Davis’s clothing at the time.

SJ managed to duck under the arm of one of his attackers before seeking refuge at an address on Lucey Way.

The investigation discovered that both Davis and the youth tried to call Joshua after the attack.

Jurors also heard that while Joshua later lay in his hospital bed suffering from chest, neck and arm injuries, the youth and Adebiyi were filmed in a “celebratory mood” at around 11.30pm in a Peckham Rye recording studio.

The stabbing sadly caused the 23-year-old’s death just over a week later in King’s College Hospital.

Joshua’s grieving family revealed that he had been excited for his first-ever family holiday to Canada the day after his stabbing, and paid tribute to their beloved SJ, saying he was full of ‘untapped potential’. He had hoped to become an engineer. “Words cannot begin to describe how life has been since Josh’s passing and he will be forever in our hearts,” said SJ’s grieving family in a statement read in court.

“Words cannot describe how the heartache and emotional anguish this senseless killing has caused and the impact on the family has been astronomical.

“Things will never be the same for us and we have to live with this for the rest of our lives.”

Davis, was arrested at an address in Innes Street, Peckham, on November 27.

The 21-year-old, of Montgomery Avenue, Hemel Hempstead, initially denied any involvement but later admitted he was at the scene.

The 16-year-old refused to answer police questions when he was arrested on 13 February but later insisted he had nothing to do with the killing.