Doctors say Isaiah Haastrup, from Peckham, suffered "catastrophic" brain damage due to being deprived of oxygen at birth 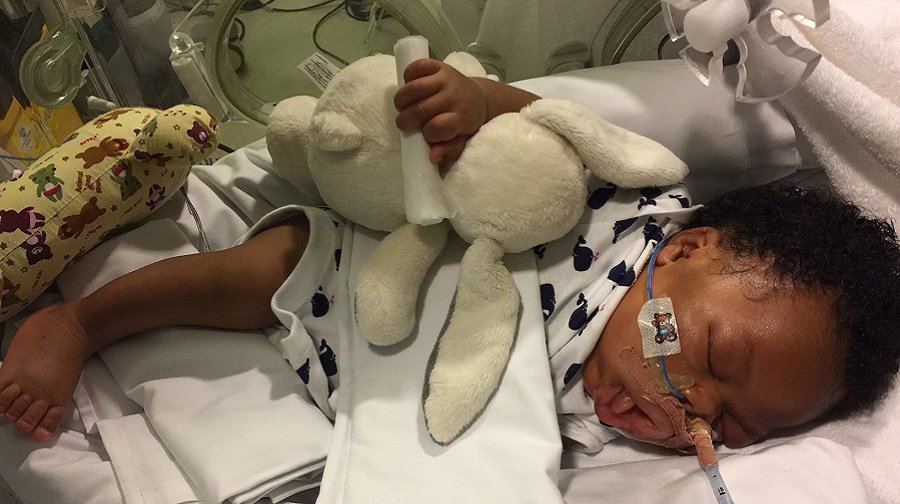 Isaiah suffered brain damage at birth due to lack of oxygen

King’s College Hospital doctors have been told they can stop providing life-support treatment to a brain-damaged baby against his parents’ wishes.

Specialists at King’s said giving further intensive care treatment to eleven-month-old Isaiah Haastrup was “futile, burdensome and not in his best interests”.

They had asked a judge to give them the go-ahead to provide only palliative care.

As first reported in the News last year, Isaiah’s mother, Takesha Thomas, and father Lanre Haastrup, both 36 and from Peckham, wanted treatment to continue.

Their battle with King’s has since gained national attention, in an echo of the tragic Charlie Gard case.

The judge, who had analysed evidence at a trial in the Family Division of the High Court in London earlier this month, said he had reached his decision with “profound sadness”.

Mr Haastrup said he and Ms Thomas were disappointed and would discuss the judge’s ruling with lawyers. She said nobody could understand the pain and suffering Isaiah’s parents had endured.

But she said overwhelming medical evidence showed that stopping treatment was in Isaiah’s best interests.

Doctors told the judge that Isaiah suffered “catastrophic” brain damage due to being deprived of oxygen at birth.

They said Isaiah was in a low level of consciousness, could not move or breathe independently, and was connected to a ventilator. Doctors said Isaiah did not respond to stimulation.

Mr Justice MacDonald said, in a written ruling, that he had examined Isaiah’s best interests from a broad perspective.

“I am satisfied that it is not in his best interests for life-sustaining medical treatment to be continued,” said the judge.

“The court cannot imagine the emotional pain that the conclusion of the court will cause to the parents.

“It is my hope that, in due course, the parents will be able to derive some small measure of comfort from the knowledge that they have done all they can for their much-loved and cherished son.”

Mr Haastrup said: “We will be speaking to the lawyers to see what they say. Of course, one is disappointed.”

A spokesperson for King’s College Hospital NHS Foundation Trust said: “This has been an extremely difficult time for Isaiah’s parents and all those involved in his care.

“The court’s decision to transfer Isaiah to palliative care is in his best interests and based on overwhelming expert evidence.

“Our priority now is to provide Isaiah with the medical care he needs, working closely with and supporting his parents.”