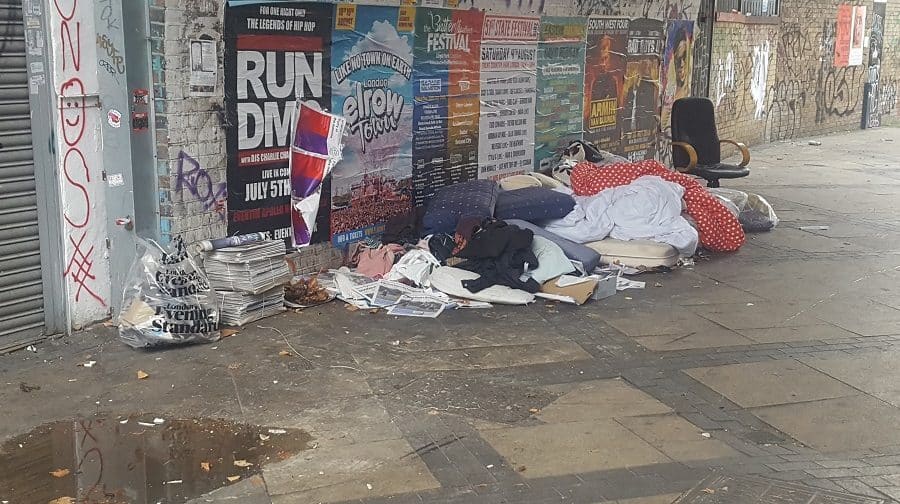 A sleeping bag outside Peckham Rye Station, pictured in 2018

More than 500 rough sleepers have been housed by Southwark Council since the beginning of lockdown after an unprecedented commitment to end homelessness during the pandemic.

New data from Southwark Council sheds light on the extraordinary efforts to tackle the problem during the COVID-19 crisis.

From March onwards, all 33 of London’s local authorities have joined with City Hall to find homes for 5,882 people sleeping rough across the entire city.

Southwark Council says its outreach workers had 91 rough sleepers listed in the summer of last year, which had reduced to 35 by January and to 25 in March 2020.

Southwark is considered a leader in homelessness with its ‘no second night out’ policy and focus on prevention.

During the pandemic, along with ensuring its own rough sleepers were housed it also took on its own share of those from across London in need of emergency help – around 9% of the city’s rough sleepers.

Out of the 539 people it has housed during the pandemic, 420 have now been moved from emergency accommodation into longer-term homes.

The remaining 119 people in temporary accommodation include 78 people with ‘no recourse to public funds’ – a status that means they are ineligible for statutory support even if they have the right to live and work in the country, and may have been in previous employment.

As of this week, Southwark Council’s team say there are just six rough sleepers now bedding down in Southwark. Although six too many, it is huge progress.

Outreach workers are continuing to work with all of them – and have offered accommodation, food and support.

In addition to making use of empty homes slated for redevelopment and asking private landlords to consider housing homeless people, hotels have also given rooms to people in crisis, including Great Western Hotel.

As the News reported last week, fears are growing that these efforts could be squandered when the ban on evictions is lifted at the end of next week.

It is expected that a wave of private tenants who may have had to claim Universal Credit, been furloughed or lost their jobs as a result of the pandemic and recession will struggle to pay their rent.