Alongside the 28 knives, he also tried to smuggle a pistol into the UK - as a present for his son 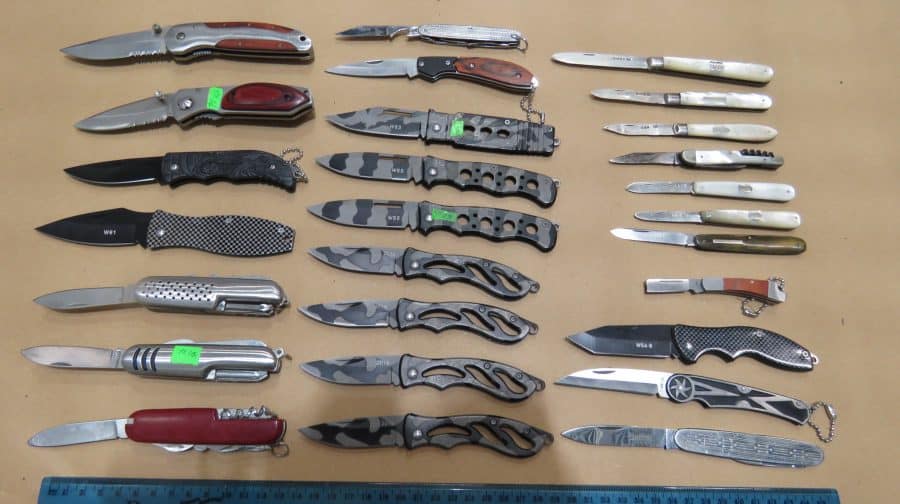 A Bermondsey man has been jailed for attempting to smuggle illegal weapons into the UK for sale in his Old Kent Road shop.

Kamber Ramadani, 53, must now serve 21 months behind bars after confessing to investigators that he intended to sell the flick knives and butterfly knives for profit.

He was stopped by Border Force officials doing checks on traffic from Dover docks on February 12, 2019, and originally told them he had been visiting Croatia and Kosovo.

After searching the boot of his Mercedes, officers found 28 different knives, and a starter pistol with ammunition in the footwell.

According to the National Crime Agency, Ramadani told them that he had brought the weapons from a Coatian car boot sale – and the gun was going to be a present for his son.

The agency’s Martin Grace slammed the shopkeeper’s actions, saying he had “no doubt” that at least some of the weapons would have ended up in “criminal hands.”

Ramadani pleaded guilty to charges of possessing offensive weapons, possessing a knife in a public place and possession of an imitation firearm at Canterbury Crown Court.

He was sentenced at the same court on Thursday, June 11.

“These types of weapons are exactly the type we see being used in gang violence on the streets of London and other UK towns and cities every day,” added NCA Dover Branch Commander, Martin Grace.

“Ramadani admitted his plan was to sell the weapons for profit and I’ve no doubt that some, if not all, of them would have ended up in criminal hands.”