Southwark Council’s trading standards team first identified Gostling in 2017, when they found an eBay account thought to be selling counterfeit DVDs that was registered to an address in Shand Street in Bermondsey 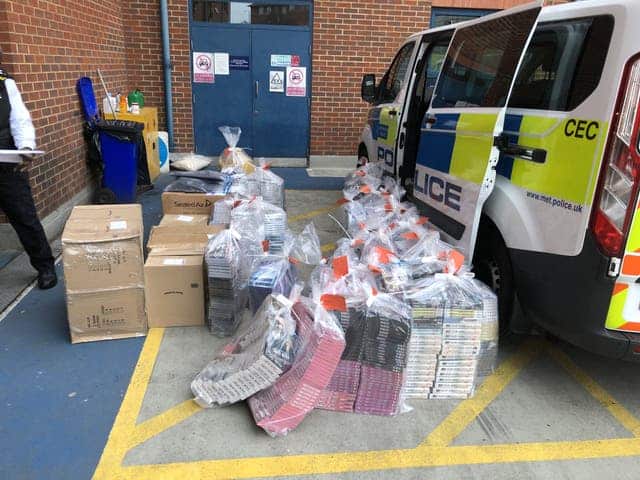 Stephen Anthony Clarke Gostling, was found to have been selling the fake DVDs and Scholl foot care products via 22 eBay accounts, 28 PayPal accounts and 31 bank accounts set up using more than 30 names. Southwark Council said he made more than £500,000 in sales over five years, running his business from a self-storage unit and three residential addresses.

Gostling, of Birkbeck Road, Beckenham, was sentenced to four years in jail at the Inner London Crown Court yesterday after pleading guilty to nine offences under the Fraud Act, Proceeds of Crime Act and Trade Marks Act. Mr Recorder Dawson said: “You were engaging in fraud to a significant level and only an immediate, custodial sentence is justified.”

Southwark Council’s trading standards team first identified Gostling in 2017, when they found an eBay account thought to be selling counterfeit DVDs that was registered to an address in Shand Street in Bermondsey. Gostling’s use of address turned out to be a sham, but upset customers had been sending their fake DVDs back there.

Anti-piracy investigators from the Film Distributors Association bought a Batman V Superman DVD and a Harry Potter box set from Gostling as a test. When they found these to be fake, Southwark’s trading standards team got Gostling’s address in Penge from his bank.

Southwark Council, the police, and teams from Bromley and Croydon councils raided Gostling’s four addresses in March 2018, seizing 615 fake DVDs from the self-storage unit and 633 fake Scholl Pedicure rollers. They also found 2,208 DVDs and several laptops at his home address.

Cllr Darren Merrill, Southwark’s cabinet member for a safer, cleaner borough, said: “This sentence should serve as a grave warning that the Courts see DVD piracy and counterfeiting for what it is – fraud. It’s a fraud on customers and a fraud on our film industries, which makes a significant contribution to the UK economy.

“Gostling went to great lengths to disguise the fact he was making money from duping thousands of customers into buying dodgy DVDs. I am pleased that thanks to the investigative skills of our trading standards team the business was halted and any profits he made are likely be confiscated.”

Anyone wishing to report the sale of counterfeit goods can tell Trading Standards in confidence, or report them using Crimestoppers’ secure and anonymous service: 0800 555 111.