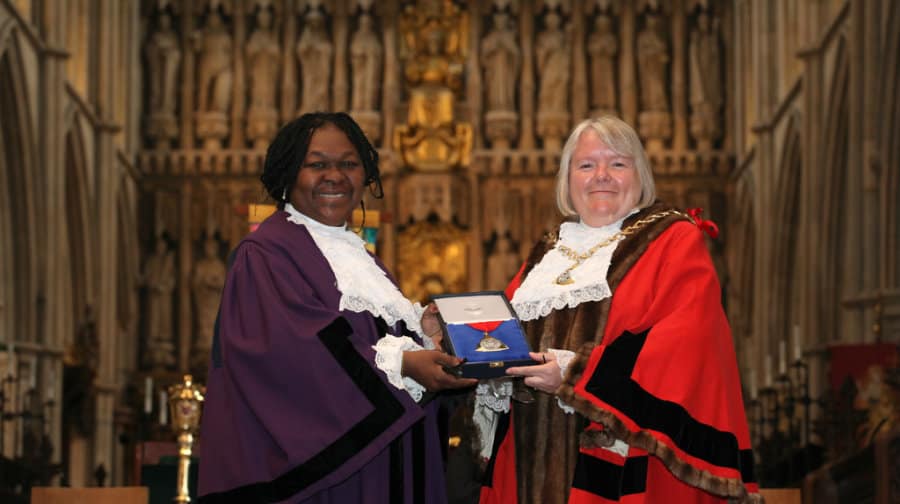 A new mayor for the borough was sworn in on Saturday at a ceremony at Southwark Cathedral.

Starting her one-year term as the new mayor, Rotherhithe ward councillor Kath Whittam said: “It is a huge honour to be appointed mayor of the borough I love and which I am proud to call home.

“I am stepping into big shoes taking over from Dora, who was a wonderfully passionate and accessible Mayor, but I’m looking forward to a great year serving the people of Southwark, and raising money for my chosen charities, The National Autistic Society and Surrey Docks Farm.”

The outgoing mayor, Camberwell Green ward cllr Dora Dixon-Fyle, told the News: “There are so many highlights. Abseiling down King College Hospital and walking 29 flights of stairs at Guys’ Hospital come to mind; so does Christmas carol singing for The Rhodes Project in London Bridge.”