Kayla Williams: Fundraiser set up to pay for funeral as bereft husband tells of his agony self isolating in the home where she died 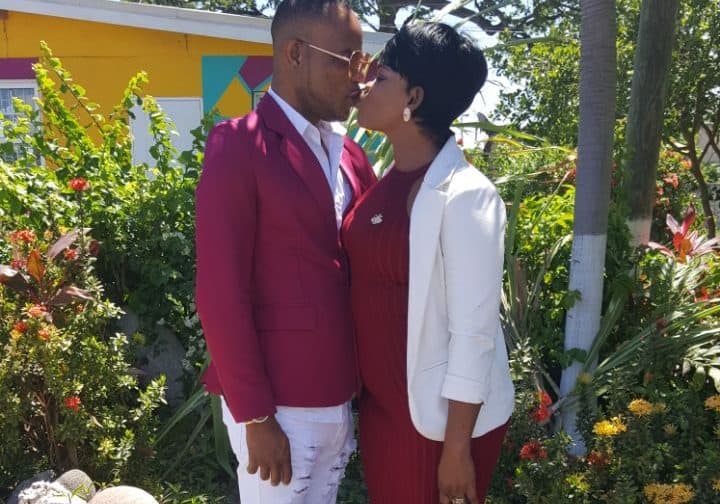 The husband of woman who died from suspected COVID-19 after being refused hospital treatment by paramedics has described the living hell of being trapped inside the home where she died – and the struggle to pay for her funeral.

A wellwisher has set up a fundraising page to help cover the funeral costs for the late mother-of-three, Kayla Williams, who died at just 36.

Kayla had been unwell for days with a temperature, cough and stomach pains when she was told she was not an urgent enough case for hospital treatment.

Her bereaved husband, Fabian, had called 999 on Friday, March 20 after she rapidly deteriorated – telling the sole paramedic who arrived that she desperately needed help.

She was advised to rest up and take paracetamol.

The next day her distraught husband found her lifeless in the living room.

“On Friday I got up during the night and I kept watching her. On Saturday morning she was so weak she couldn’t move.

“Later I took her to the bathroom, I put her in the bath and brought her back after, and kept checking on her. I slept for about 20 minutes and when I looked in on her she had died.”

Although neither were tested for COVID-19, medics arrived in full hamzat suits and her medical notes are reported to have listed COVID-19 as the suspected cause of her symptoms.

At the time of her death the London Ambulance Service issued the following statement: “We were called at 8.32am on Friday, March 20,  to reports of a person unwell at an address in Peckham.

“Our clinicians treated a patient and advised them to call back if their condition changed.

“We were called the following day at 3.24pm and sent a number of resources, with our first medics arriving in under seven minutes.

“Sadly, the patient had died. Our sympathy is with the family at this time.

“We are working incredibly hard in these unprecedented times to look after Londoners.”

Fabian, who is diabetic and takes both insulin and tablets to manage his condition,  has spent the last six weeks unable to leave the home they shared in Elmington Estate after falling ill with the same symptoms as his late wife.

He has now physically recovered, but has been left struggling to make the funeral arrangements.  He is devastated that he may not be able to afford a burial.

Although still being paid for his work as a council refuse collector, he is not on full-pay.

He is also particularly vulnerable due to COVID-19 due to diabetes and has been advised to continue self-isolate, leaving him grieving completely alone. Kayla, a mother of three, died at just 36

“In my mind when I wake up it’s like she’s coming back.

“It is a living nightmare. For three weeks after she died I was ill and could not leave the house.

“I was sick and could not eat. I could not taste anything.

“I am still trying to find the courage to exercise, to get food, but I have now been trapped here for six weeks.

“People won’t even come in because they are worried about catching it, even though I have recovered and I have disinfected the house.

“I feel so let down. I have lived in London for 26 years and worked so hard and pay my taxes and they left her to die.

“If they had taken her to hospital I know she would be living today.”

Kayla and Fabian had lived in the home – temporary accommodation – for a year after she moved from Jamaica to be with him.  They married in 2017.

“She was a nice, loving person, everyone loved her,” he says.

Kayla’s youngest daughter arrived in the UK days before she passed away.

“She was a hair stylist in Brixton, a very good hair stylist. She loved living here in London.

“We liked cooking together and going out for meals, and went to church together.

“Because we were saving up for the kids we hadn’t been on our honeymoon yet but wanted to go to Paris.”

When she became unwell, her youngest daughter, aged 10, had just travelled from Jamaica to move in with the couple.   They had been reunited for less than a week when Kayla died.

She is now staying with a family member who has other children and she speaks to her step-dad every day.

Fabian has been told a cremation could cost anywhere from five thousand pounds or more, but says Kayla would have wanted a burial.

Only ten people will be able to attend due to restrictions on gatherings during the lockdown, meaning relatives or family in Jamaica cannot attend.

“I am so grateful for anything anyone gives, even just a pound lifts me up,” Fabian told the News.

“To know that people may help me is a huge weight off my shoulders.” What a cruel turn of events. Children robbed of their lovely mum and a wife taken from her loving husband at such a young age. I only hope that the love and prayers of family, as well as the many people around the world who do not know Kayla but share the family’s pain, can comfort and strengthen her loved ones during this terrible time. God bless you all.

Southwark NewsNewsKayla Williams: Fundraiser set up to pay for funeral as bereft husband tells of his agony self isolating in the home where she died