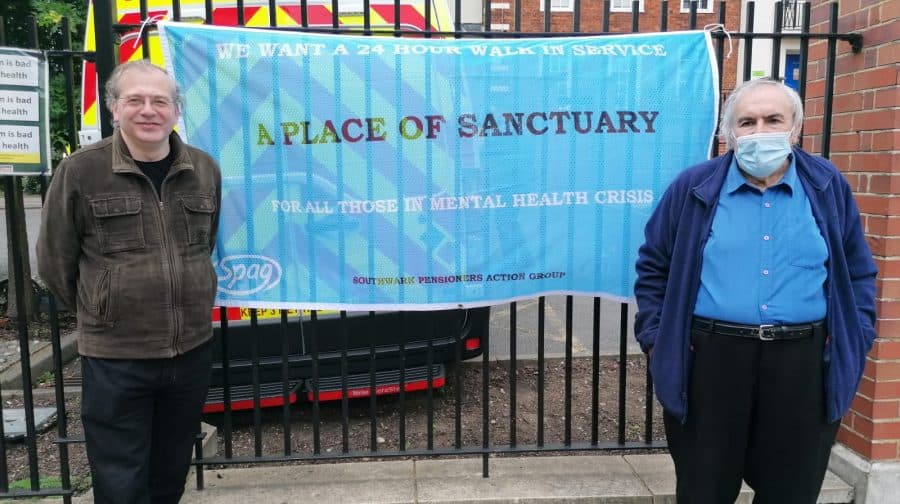 Members of Southwark Pensioners Action Group and the ‘Keep our NHS Public’ campaign held a vigil outside King’s College Hospital and the Maudsley on Sunday to mark the 72nd anniversary of the founding of the NHS.

“Clapping was great but it won’t be enough,” a spokesperson said. “We have to fight for our NHS as a public service.”

The pensioners’ group also continues its long-running campaign for a 24 hour walk-in ‘place of sanctuary’ for people in mental health crises.