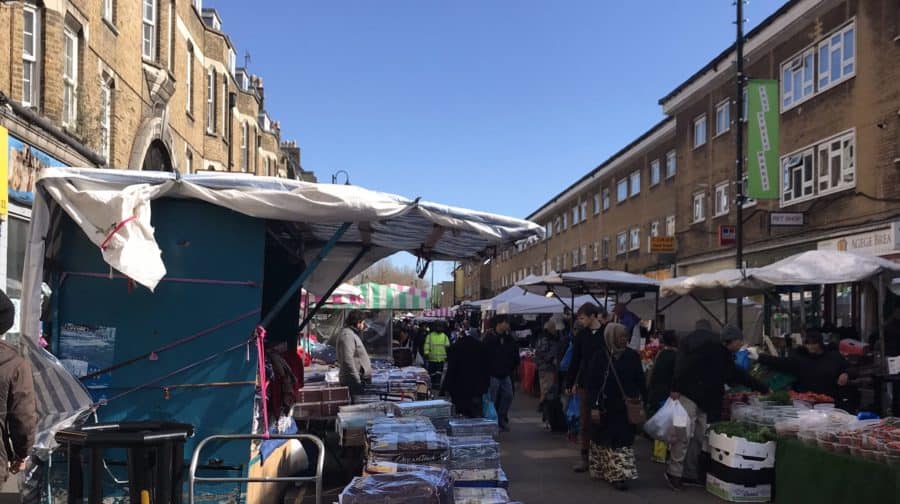 Parks, markets and public spaces were as busy as ever over the weekend, as shoppers and socialisers flouted government calls to avoid all non essential social contact and stand two metres apart at all times.

Council leader Peter John urged the public to stop treating the sunny weather like another bank holiday – but it seemed, for a significant minority, to fall on deaf ears.

Meanwhile markets like East Street and Herne Hill market were bustling, with some traders imposing the two metre rule more strongly than others.

But even by Tuesday, after the lockdown was announced, appalled residents were still reporting people brazenly contravening the new rules.

@peterjohn6 Hi Peter, although I love normally seeing local members of the community congregate at the Burgess Park outdoor gym, please cordone this off. This evening at 21.30 there were 9 people using it!

One twitter user, writing under the name of Amy, saying she worked in a Sainsbury’s, said: “One woman came in twice today, told me the first time her scratchcard was essential. Second time, her scratchcard purchase was her exercise.”

The News also heard reports the skate park at Peckham Rye Park was unlocked on Tuesday, and the tennis courts at Southwark Park were in full use.

Resident James Piper told us on Monday lunchtime: “So just went to Burgess Park for a lunch run (one bit of exercise for the day) and there are loads of people having picnics, fishing, in groups of two plus, etc.  Why are the Met Police not over there stopping this?”

Herne Hill resident, Corinna, shared on neighbourhood website NextDoor on Monday: “Today I was shocked how many people were standing chatting to each other in groups and not distancing.

“Many groups were blocking the paths so others couldn’t walk past at a safe distance.  How selfish. I expect the park will have to be closed now, missing the spring beauty, it was the only thing keeping me sane working from home and not seeing friends and family.  If you were one of these people, the closing of the park is on you!”